Also known as the Dutch Sheepdog (Hollandse Herdershond). Body shape, appearance, and body height: male dogs are about 58-63cm; female dogs are about 10% lower. The weight is about 30kg. There are three types of Dutch Shepherd Dogs according to their coat: Long-haired type–The coat is rough, long and straight, naturally hanging down on both sides; Short-haired type:–The coat is of good texture and fineness; The bristly type–Coarse Medium length hair. 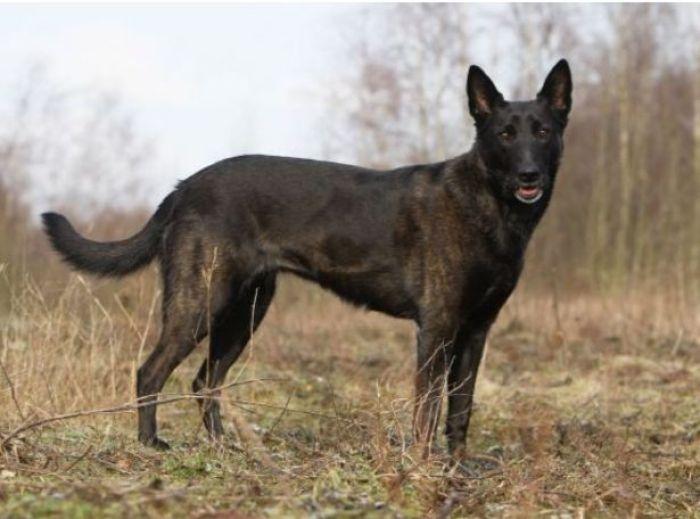 The classification of hair types occurred at a dog show more than 100 years ago. The short-haired type is widespread in the Netherlands, the bristly type is relatively rare, and the long-haired type is rarer.

The place of origin in the Netherlands originated in the 18th century.

The strange thing is that the Belgian Shepherd is widely recognized in Northern Europe and the United States, but the excellent dog of the Dutch Shepherd has not attracted enough attention from countries and regions outside the Netherlands, and its number is limited. The number of registrations per year is about Around 400.

Nevertheless, this breed of dog is highly respected by the Dutch police, and the establishment time of its association is similar to that of the German Shepherd Dog Association. Currently, there are about 2,000 dogs of this breed serving in the Dutch police.

The outstanding herding ability and quick response-ability of the Dutch Shepherd are very valuable. It can be used for multiple purposes, such as farm guarding, grazing, towing vehicles, guarding, search and rescue, etc. These sheepdogs with different hairs were bred and developed extensively in the southern part of the Netherlands and neighboring Belgium in the early 19th century.

The Dutch Shepherd is one of the excellent shepherd dogs, and its advantages are reflected in insensitivity, prey capture, obedience, guarding, herding, field tracking, empathy, etc. The Dutch Shepherd is a loyal worker and can easily become a loyal, calm, and obedient companion of human beings.

The Dutch Shepherd is friendly, lively, and energetic. It can bring a lot of joy to people. It has a strong tolerance for children’s inexplicable behavior, so they can also be good friends with them. They are careful and wary of strangers, but not afraid. 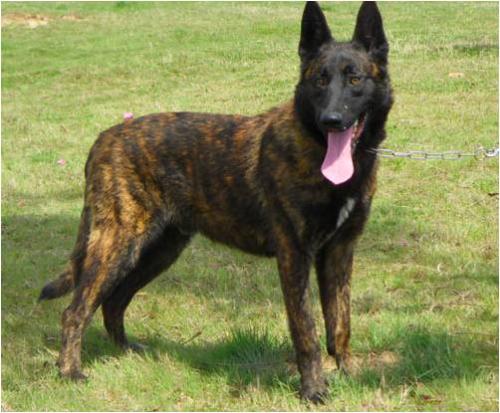 The specific manifestation of the characteristics of the Dutch Shepherd’s athletic ability mainly lies in the fast running speed, good coordination, and strong fierceness. The time it takes for the Dutch Shepherd to run 100 meters in a straight line is 7 seconds, while the time it takes for it to accelerate from a standstill to 10 meters per second is even shorter, only 2 to 3 seconds, and does not need to turn during the run. Slow down. The subjects that best reflect this ability are biting or hunting. E.g. The Dutch Shepherd will quickly accelerate to the top speed when it bites, and when it encounters obstacles in the run, it will turn quickly and go straight to the target.

The body is muscular and well-proportioned. The muzzle is of medium length and the nostrils give a prominent impression. The strong teeth are neat. He has black eyes and a clever expression. The triangular ears are relatively small and erect. The forelegs are muscular, slender, and parallel.

Usually, the tail droops, and the tip of the tail is slightly bent. The chest is wide and deep, and the abdomen is tight. The back is relatively straight and the buttocks are slightly inclined. The feet are round, the feet are relatively small, and there are no remaining toes. The toes are slightly arched, the claws and pads are black, and there are protective hairs between the toes. Although the types of coats are different, the colors are all the same with various lighter markings, including gray, tea yellow, silver, red, gold, and blue.

With age, the color will gradually fade. Because puppies have short tails and white markings, their appearance is not very popular.

The height is 58-64 cm and the weight is about 30 kg. Obedient, docile, alert. Attached to one’s own territory and enthusiastic about work. It requires very little care, can withstand fatigue, and resist bad weather. Clever and agile, good at capturing, passion for work. Will be very affectionate and loyal to the owner and his family. Friendly loves games, and energetic. The pleasant dog smiles often. Not only can you get along well with the same kind, but it is also very good for other pets. Smart, easier to train, and able to master new commands quickly. Lively and alert, short-haired type is a common type of military police dog. 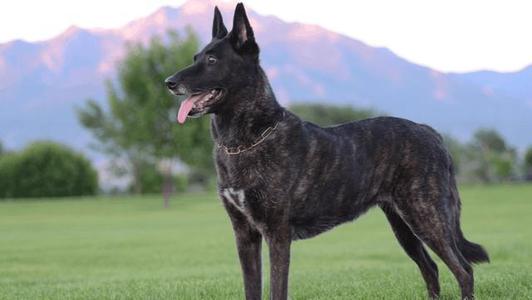 Skull: The muzzle is horizontal and straight with the top line, and the skull is slightly flat. Nose: Always black, nostrils give a prominent impression. Muzzle: Slightly longer than the skull and should be flat. Lips: tight. Jaw/Teeth: strong and neat. Scissor bite. Eyes: Dark, medium-sized, almond-shaped, slightly slanted, rather than round or protruding. Ears: Triangular vertical ears on the top of the head.

Trunk (neck, chest, ribs, waist and back, front of the torso, skin)

Neck: The neck should not be too short and free of fat. Body: Muscular and well-proportioned. Back: Short, straight, and strong. Waist: Muscular and moderate length. Hips: Never be too short or too slanted. The ribs are elastic. Chest: It is wide and deep to the chest, and the abdomen is tight.

Front-drive: Strong, with good muscles and bones, and overall straight. Front legs: Muscular, slender, and parallel front legs. Hindquarters: Strong and powerful, with good muscles and bones, forming a normal angle. Feet: Round in shape, with relatively small feet and no remaining toes. Stop: slightly arched, black claws and pads, with protective hairs between the toes.

Tail: The tail droops at rest, and the tip of the tail is slightly curled up. When exercising, tilt-up gracefully and never curl horizontally. Although there are a large number of dogs with short tails and white markings, these dogs do not receive the attention of canine critics.

Flexible, elegant, and brisk. The range of exercise can neither be too rigid nor too exaggerated.

Defects: Any deviation from the above points is considered a defect, and any dog ​​with obvious physical or behavioral abnormalities is a disqualification. ·The color of the nose other than black·Protruding upper palate·Drop ears, spoon-shaped ears or clipped ears·Docked tail, spiral tail·Too much white hair on the chest or feet, and any other part of the body appears white stripes or spots. Aggressive or too shy. Any dog ​​showing obvious physical or behavioral abnormalities should be eliminated.

Because the Dutch Shepherd has a lot of activity, it needs a lot of meat nutrition supplements. Moreover, it is afraid of heat, so you should pay attention to the cool environment and regular grooming of the coat.

Under normal circumstances, the eating time for a Dutch Shepherd puppy should be 5-10 minutes. Throw away the leftover food after the meal. The Dutch Shepherd puppies must have their own eating and drinking utensils, and they should be kept clean. It is also necessary to provide sufficient and hygienic freshwater for Newfoundland puppies.

The puppies of the Dutch Shepherd within 3 months are fed at least 4 times a day. For dogs with poor appetite, you can use the method of feeding first, then feeding well, and feeding less frequently. Doing it first can keep the dog’s appetite strong, and less frequent feeding can make the dog always feel insatiable, and will not be bored and picky eaters.

For puppies between 4 and 6 months of age, the food intake increases, and the weight gains quickly. The daily feed requirement also increases. Feed at least 3 times a day. Dogs after 6 months of age can be fed twice a day-the puppies’ diet should be fed according to the original dog owner’s diet first, and then gradually change.

At 8 months of age, the large Dutch shepherd is still growing rapidly at this age and needs to follow the puppy’s diet for a long time. Puppies within 3 months of age should be fed porridge, milk, or soy milk and add an appropriate amount of chopped fish, meat, and chopped cooked vegetables.