In the 19th century, many European immigrants moved to the United States with their dogs. American Bulldogs are the offspring of those dogs. At that time, most of the dogs were shepherds. Although American bulldogs have been bred, they have not been recognized by any large breed registration organization in the Americas, nor have they been accepted to participate in traveling exhibitions. This brave and agile breed of bulldogs differs greatly in size and coat color. They are very similar to the English bulldogs used in bullfighting competitions in the 18th century. 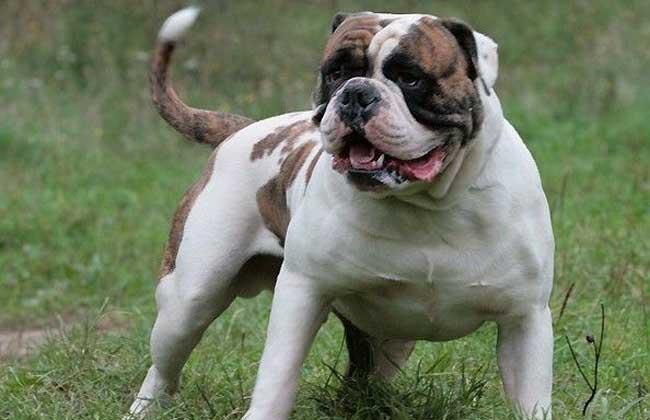 According to the first statement, American Bulldogs were brought to the American continent by immigrants. They were mainly used to guard pastures, herding cattle, and sheep, or as a group of dogs hunting wild boars or koalas. According to this statement, some primitive English Bulldogs lived in rural communities and survived their original appearance. Because of this, they are still a breed that maintains their working ability and condition and is far better than “Today’s English Bulldogs”.

According to the second statement, the American Bulldog is a fictitious breed and they are a mixed breed from other breeds. The third argument is a combination of argument 1 and argument 2. It can basically be said that the original English bulldogs are the ancestors of today’s American bulldogs, but they have been improved from beginning to end. Years of precision breeding and wise breeding. We must admit and remember that many of today’s bullfighting breeds are derived from “primitive” English bulldogs. They include Pitbull Mastiff, Stafford Bull Terrier, English Bull Terrier, American Pit Bull Terrier, and many others. Variety. All these dogs are bred and created a very different breeds, each of which is bred for personal purposes.

People who advocated the first statement believed that the American Bulldog was the incarnation of a pure “original British Bulldog”, as they said, the American Bulldog still looks like it was brought to the American continent by the British Island settlers in the 17th and 18th centuries. The same as the “Original English Bulldog”. This idea is quite popular among some breeders, probably this statement is conducive to the sale of this breed or a marketing strategy. Other fans also enthusiastically advocated this statement and believed that the story was true, and it was these people who made it possible to pass through time from a fictional story to a widely recognized fact. 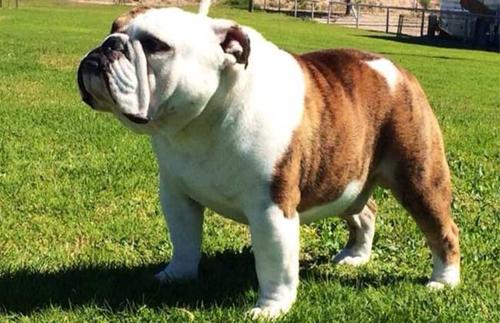 However, archive records show that many bulldogs and bull terriers were exported to the United States during that era, and it can be seen from the works of contemporary oil painters and sculptors that the “original English bulldogs” looked the same as they are now. The American Bulldog is very similar, and many people point out that this is obviously a reason to support them.

In any case, even if they are highly similar, they cannot represent or explain that the “original English Bulldog” in the United States may avoid any changes or changes in these hundreds of years. But in any case, it cannot be denied that this statement is reliable but exaggerated and attractive, so we can easily understand why this statement is so popular and accepted by people.

Advocates of the second statement believe that the American Bulldog is a mixture of many different types of dogs, and of course, this fact belongs to all breeds. But more importantly, which species was the original basis in its breeding program? Therefore, the third argument has become an option.

The third statement may be the one that is closest to the facts. Therefore, the advocates of the third argument believe that the American Bulldog is the selective breeding of the original English Bulldog or the original English Bull Terrier. The immigrants from Great Britain, Spain, and Northern Europe brought their excellent bulldogs or bull terriers as companions to sail to a whole new world, and these dogs showed considerable value in many aspects. When hostiles invade the territory from time to time, and farmers graze their cattle, sheep, and pigs without fences, they become extremely welcome and protected. Of course, these dogs need to be more prominent in their work, so the farmers began to improve their precious bulldogs. After selection and breeding, they have established a stronger, more flexible, courageous, and larger body size for use with cows or sometimes fighting with other animals. After breeding, dogs can easily grab cows or pigs and then hold them one by one until their owner comes to bind or slaughter them, and with their same talents, they become the most powerful tools for hunting wild animals. As this continues to this day, the American Bulldogs are a part of the United States, and they have played a very important role in the history of the United States.

In any case, they are a comprehensive watchdog and companion dog even better than all other breeds, and they continue to continue the strengths of this breed. 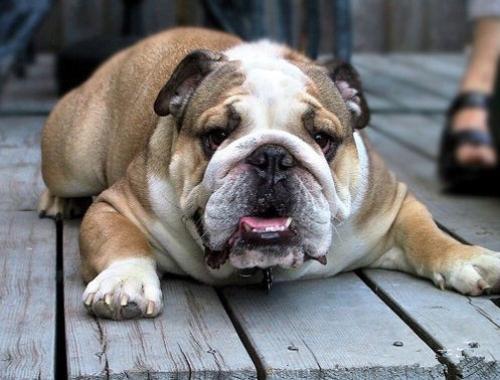 The American Bulldog is strong and fit, winning the favor of those who want to have a companion dog. To ensure that bulldogs develop good habits, they need to strengthen regular social training when they are young. The American Bulldog has a square head, with large eyes and small and high ears, broad shoulders, muscular, tall, and muscular male bodies, which are very typical. The coat is short, thick, shiny, and has many different types. Color, strong hind leg muscles, stubby tail, gradually becoming pointed.

American Bulldogs usually live between 10 and 16 years of age and tend to be strong, physically active, and often healthy. Some health problems in American Bulldogs are often found in certain genetic lines and are not common for the entire breed, while others are neuron-like cell lipofuscinosis (NCL), surimi disease, kidney And thyroid disease, ACL tears, hip dysplasia, cherry eye, elbow dysplasia, dementia, valgus and bone cancer are more common in the general population of American Bulldogs. There are DNA tests that can be used to help breeders screen for NCL (neuronal waxy lipofuscin hormone) breeding animals [2] and ichthyosis. All potential breeding animals are recommended to use Pennsylvania Hip (Pennsylvania Hip Improvement Project) or OFA (Animal Plastic Surgery Foundation) screening. Some American Bulldogs are prone to allergies. Symptoms like a runny nose or skin rash are examples of allergy signs. Some veterinarians recommend that dog owners give 25 mg of Benadryl daily. In most cases, it helps.