French Bulldog (FRENCH BULLDOG) is a lively, intelligent, muscular dog with heavy bones, smooth coat, compact structure, and medium or small size. The expression appeared alert, curious, and interested. Except for the removal of wolf claws, any changes to him are wrong and disqualified. The French bulldog is kind, honest, loyal, persistent, brave, has a unique taste, and is completely expressed in expressions and movements. Kind to children, but also an excellent toy dog ​​with strong style, strong ability, and a strong curiosity for new things.French Bulldog Dog Breed Information 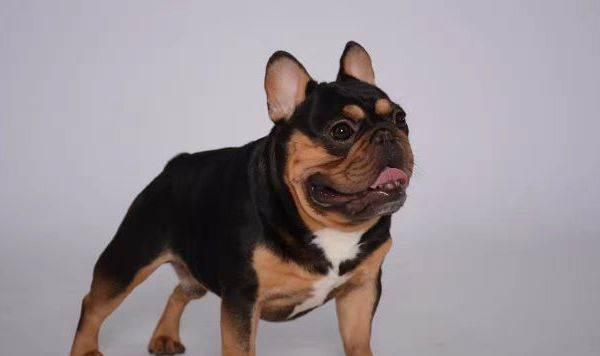 French Bulldog, English: French Bulldog, origin in France. The ancestor is the English bulldog, especially the erect-eared toy bulldog. Around 1860, many toy bulldogs flowed into France from England and crossed with other local breeds and eventually became this small French bulldog with a flat head, rose ears, or bat ears.

There are many theories about its origin, one of the most powerful is that: in 1860, many bulldogs in Britain were sent to France as appreciative dogs, mate with pugs and terriers, and gave birth to such dogs. At that time this kind of dog was very popular among ladies. In 1990, two types of bat ears and rose ears were born, with bat ears as the standard type.History of the French Bulldog Breed 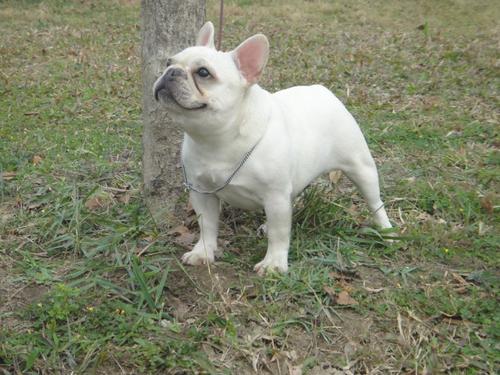 A small bulldog appeared in Paris in 1868, this is the earliest French bulldog. When the Paris castle was surrounded by Prussians in 1871, the dog was already very popular in France. The French Bulldog was exhibited for the first time in 1889, and soon attracted people’s attention and love. Edward VII loved this breed very much.

Mainly distributed in France, Europe, and the United States. It was later known as the European and American systems.

The dog has a very personal appearance, arrogant, unparalleled noble temperament, brave and fearless in battle, would rather die than surrender, and often face-to-face duels with rivals majestic, so it is loved by proud people. Quiet, seldom barking, very suitable for apartment feeding in the city. It is suitable for companionship with children, suitable for urban breeding, does not need to be groomed frequently, and is easy to get along with other dogs. It is also an excellent gatekeeper.

French bulldogs are native to France, and their ancestors are English bulldogs, especially vertical-eared toy bulldogs. The French Bulldog is a small guard dog and is one of the strongest and agile breeds of bulldogs. The dog was once one of the strongest breeds of bulldogs. It was prominent in bullfighting. Later, after the French law prohibited bullfighting activities, it became a companion dog and was especially loved by ladies.French Bulldog Temperament & Personality 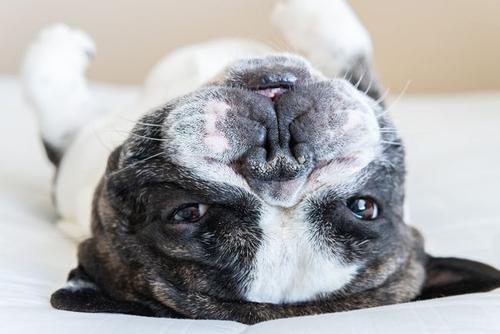 French bulldogs are smart, agile and cheerful, kind and faithful, but they do not bark often and are quiet.

French bulldogs are smart, agile and cheerful, kind, faithful, but not often barking, and quiet. Very suitable for raising in urban apartments. It is suitable for companionship with children, does not need to comb the coat frequently, and is easy to get along with other dogs. It is also an excellent gatekeeper.

French bulldogs (detailed introduction) are not like other pet dogs. They are frail and difficult to raise. On the contrary, bulldogs have special requirements for food in this life, especially after adulthood. The ideal diet should be a dog. Food and homemade food are paired with feeding to meet their daily needs.

is generally in addition to dog food, supplemented with meat, calcium, protein, and other nutrients. Ingenious owners can try to make a sumptuous dinner for their own cattle every day. It is a mixed food mainly composed of some carbohydrates, meat, calcium, vegetables, etc. The dogs and babies must be especially looking forward to the arrival of the dinner every day.

Kabi is relatively good now for dog food (the top ten best dog food in the United States, all-natural, about 500 for 15KG), the crown energy is also very good, the long skeleton is good, and it is cheaper than the bike. Other cheaper mid-range dog food is also possible, try not to buy low-end food, nutrition and safety are difficult to guarantee.The Best Dog Food for French Bulldogs 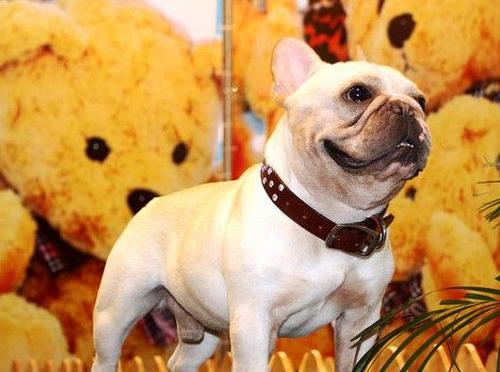 In addition to dog food, vitamins and calcium are also needed. For calcium, liquid calcium is the best, calcium powder is the second, and calcium tablets have the worst absorption. The most important thing for calcium is absorption. If the absorption is not good, it is useless. British cattle must pay attention to calcium supplementation, especially for calves 8 months ago. Recommend calcium stomach energy and development treasure (about half a spoon each time). Regarding nutrition, dog food, food, or medicine. If you can’t buy it, you can buy it online, such as Taobao, Boqi, etc. Buying online requires buying from reputable buyers with star ratings. Nourishment products can be bought randomly, try not to give dogs cannibal nutrition products, the nutrient content is not the same. For example, in human calcium, the calcium to phosphorus ratio of humans and dogs are different, which can affect the absorption effect. 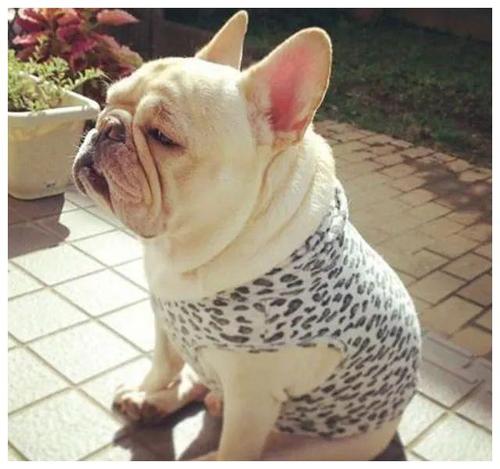 It is recommended that you can mix some meat, a small number of carrots (must be cooked and crisp) in the dog food at ordinary times, and you can feed egg yolks when the dog has loose stools (dogs under 5 months are best not to eat protein because they have poor digestion).
Eat chicken liver every few days (don’t feed too much at one time, it will be poisoned by vitamin A). Do not feed milk, the puppy will have diarrhea. Those who are 4.5 months old can be fed yogurt to aid digestion. You can feed some bone soup (using pigs or large tube bones from cattle and sheep).
It is forbidden to feed chicken and duck bones (very hard, easy to puncture the esophagus, causing bleeding or suffocation), food for humans (too salty for dogs, it will affect the development of bones and hair), chocolate and coffee products are forbidden, Do not feed anything irritating anyway.
In summer, you can’t feed too many popsicles. The temperature of your dog’s stomach is very high, and the contrast between hot and cold is great. Therefore, a reasonable match is recommended when feeding bulldogs.

French bulldogs are smart, agile and cheerful, kind, faithful, but not often barking, and quiet. Very suitable for raising in city apartments. It is suitable for companionship with children, does not need to comb the coat frequently, and is easy to get along with other dogs. It is also an excellent gatekeeper.