The French Bulldog, nicknamed “Fred,” has a charming humorous appearance and is loved by people as it is often used as a motif for goods. So, this time, I investigated the cute points of where the bottomless charm of the French Bulldog comes from. If you are a French Bulldog fan, I will introduce only 5 points that you will be able to nod to. 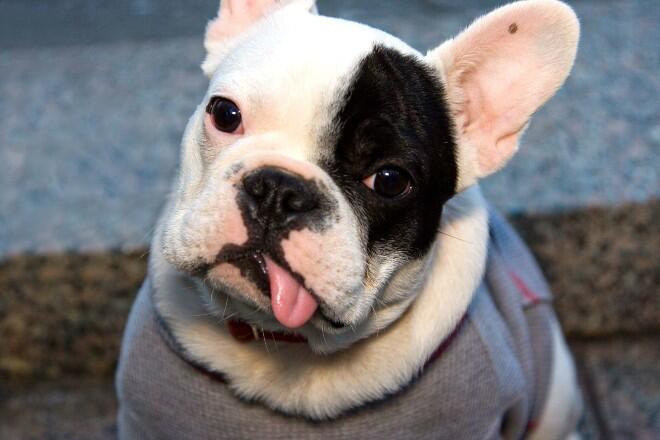 The charm of the French Bulldog is that it has a charming appearance, which is indispensable.

Speaking of the French Bulldog, which is also known as the “nose Pecha dog”, the charm point is the crushed nose on its big head. The head is large and the muzzle is extremely short, so the nose looks short and crushed. Many people will be fascinated by the humorous face with wrinkles on their crushed noses.

In addition to her charming face, her plump body is also attractive. It is muscular and has a plump body with short legs and a crab crotch. Due to its distinctive body shape, it may not fit in a normal dog clothes size, but if you are in front of the fine French Bulldog’s plump body, you will not be worried about such disadvantages.

The French Bulldog has a charming personality, as its humorous appearance shows. Due to its good personality, it is also popular as an easy breed to raise. 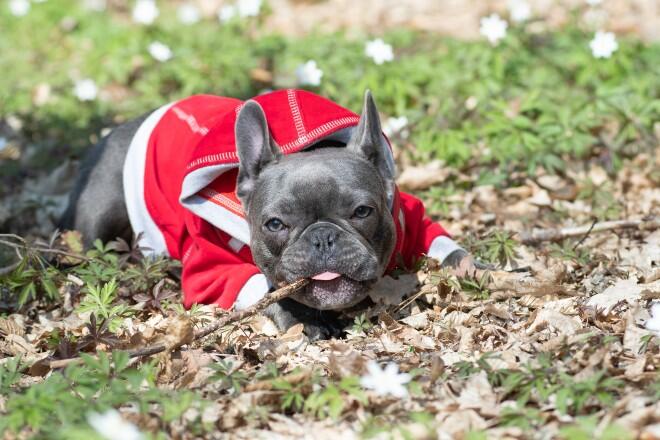 French bulldogs are cheerful and love humans. With a friendly personality, it can also be a playmate for children. I love the owner and am good at spoiling. Many people would have been mesmerized by the appearance of being pampered with their whole body because they liked to have them hug and spend time on their owner’s lap.

I love to play

The French Bulldog has a curious and playful personality. I’m usually calm, but when I play with balls or pulling ropes, I play very actively. However, there is also a self-paced side, so you may suddenly get bored. Even if you’re a little stubborn and mood-maker, if you stare at me with a snorting noise, that kind of personality will be charming.

The rich expression of the French Bulldog is one of its attractions. Because of the wrinkles on the face, it changes facial expressions one after another like a human being. It makes us happy without getting bored even if we look at it all the time. 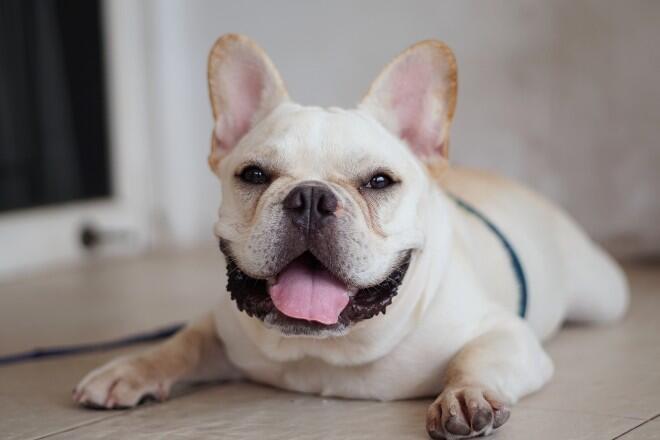 When playing or staring at the owner, the French Bulldog raises the corners of its mouth and makes it look like it’s smiling. If you squint your eyes and open your mouth with a smile and approach “Let’s play!”, The tiredness of the day will be blown away and you will be motivated to play together.

The French Bulldog has a delicate side and can be depressed when scolded strongly. If you are scolded, sad, or disappointed, you will see a depressed face that is easy to understand. If you have a melancholy expression, you will almost forgive anything, so be patient. 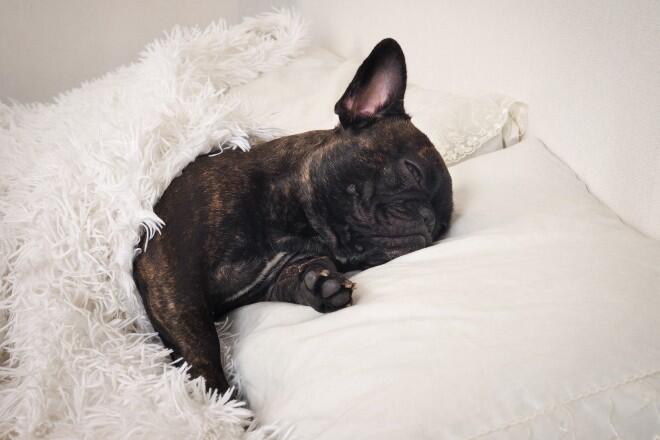 The sleeping appearance of the French Bulldog, which is cute both when you are awake and when you are sleeping, is so cute that you will want to hug it. Looking at a stupid sleeping figure has a healing effect that makes you smile.

A sleeping face with plenty of charm in addition to the sleeping appearance. When you are sleeping unprotected, such as when your white eyes are peeled off, your tongue is sticking out, and your face is crushed, the degree of Busakawa is even more powerful. If there was big snoring there, love would overflow.

The French Bulldog is a breed of dog that has a good personality and is easy to raise, as I have introduced. There are many things to be aware of, such as care and living environment, but there is no doubt that you will be the best partner.

Although it is wasteful barking that is often cited as a problem that bothers owners, the French Bulldog is a breed that is relatively difficult to bark among small dogs. It is popular because it is easy to keep even in an apartment house. After all, there is little barking.

Easy to raise even in families with children and the elderly

The French Bulldog has a calm personality and is friendly, making it easy to raise even in families with children and the elderly. Playing with a child is a lovely sight as if you had another child.

The French bulldog that captivates many people