How to tell if a dog is pregnant. Whether a bitch is pregnant or not after mating can be judged from some phenomena: the bitch’s appetite increases. Active activity decreases, breasts gradually develop, weight increases significantly after 35 days of mating, abdominal circumference increases significantly after 40 days, and the fetus can be touched after 50 years of pregnancy, and fetal heart sounds can be heard on auscultation. 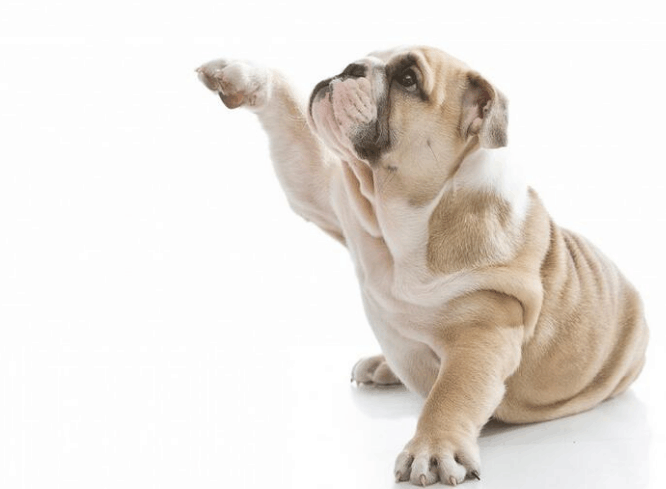 There are many ways to check whether a bitch is pregnant, but for family dog ​​owners, some simpler methods are mainly used for diagnosis.

The female dog will experience pregnancy reactions 2-3 weeks after mating, loss of appetite, restlessness, and vomiting. After 3 weeks, the breasts were enlarged. After 30 days, her abdomen enlarged and her breasts drooped. The nipple is elastic, the weight gains, and the frequency of urination increases: fetal movement is visible on the ventral side after 50 days.

After 20 days of mating, the bitch. In the position of the female dog’s abdomen and uterus, the fetus can be touched by experienced persons. Thirty days later, you can feel an egg-sized and elastic meatball at the above position, that is, an embryo.

30-35 days after mating, a stethoscope can be placed on the dog’s abdomen and uterus to hear the fetal heart sounds more clearly.

In the pregnancy check, attention should be paid to distinguish the false pregnancies of the female dog.

The performance of a false pregnant female dog is: breast development, abdomen enlargement, and even the nipple can express milk at the expected delivery date, showing the behavior of preparing for delivery. In severe cases, it will show the maternal instinct, holding the toy back into the nest as a puppy cuddle.

How to tell if a dog is pregnant?

The gestation period of a dog is only nine weeks, and only in the last few weeks will its belly bulge obviously, so it is generally difficult to tell whether it is pregnant from its shape at the beginning. However, in the early stages of pregnancy, there will still be some changes in the shape and behavior of the dog. The following will specifically explain the signs of the dog’s early, middle and end stages of pregnancy. You can make a judgment without bothering the owner to take them to the veterinarian for a pregnancy test.

Observe its appetite changes. Like humans, dogs in the early stages of pregnancy have a decreased appetite and eat less food. If your dog is not interested in his food or eats less, then it is likely that he is pregnant.

If your dog doesn’t eat at all, it may also have nothing to do with pregnancy. Pay attention to its other behaviors and habits before deciding whether to take it to the vet.

Pay attention to its behavior. Some dogs feel a little uncomfortable during the first few weeks of pregnancy, which can cause them to become listless, lazy, and less active. If your dog is more lively, active and full of life, and now it sleeps all day or its response is slow when you call it, then it is likely that it is pregnant.

Some dogs become more tender and kind when they are pregnant. Pay attention to see if your dog needs more snuggling and petting.

Some dogs appear to want to stay alone. The negative behavior of a dog can also be a sign of pregnancy.

Pay attention to the dog’s physical changes. Some dogs’ nipples will become significantly larger during the first or second week of pregnancy. You will notice that the tissue in the nipple area becomes thicker, and the nipple of a dog who has had a childbirth experience will droop.

Observe its feeding status. In the fourth week of pregnancy, the dog’s “morning vomiting” symptoms have basically disappeared, and it will begin to eat more than usual. If you notice that your dog is gorging and begging you to eat more, then it may be pregnant.

Continue to observe its behavior. Even if your dog does not have much behavioral changes during the first three weeks of pregnancy, it may behave abnormally as the pregnancy progresses. It may become more affectionate or unwilling to be touched. These are all signs of pregnancy.

Observe its physical changes. In the second stage of pregnancy, you will notice that the dog’s belly is slightly bulging. If you pat its belly, its belly should be tight, not fat. [3] In addition, you may also notice the following changes:

Dogs may become irritable and protective during childbirth. Don’t let strangers or children irritate him and stay away from the production area.

Dogs often have false pregnancies. In the beginning, the dog will have symptoms of pregnancy, such as enlarged nipples and increased appetite, but in the end it is not pregnant. It is best to check with a veterinarian.

Don’t stare at your dog when it is giving birth. It may get discouraged and kill its own puppies.

1 thought on “how to tell if a dog is pregnant”