Many dogs spend a considerable amount of time leaning on human laps in their leisure time. Recently, we have also heard such a voice: Dogs should not be allowed to lean on their owners, because this is the space for them to infringe on the owner, and it is an act of disrespect for the owner. In some angles or situations, this statement may be correct, but I believe that every dog ​​will not show disrespect to the owner, and they are full of love for the owner. 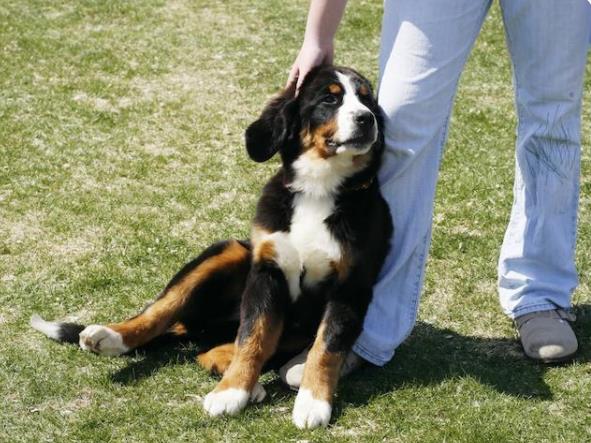 Of course, it cannot be ruled out that some dogs will lie on the owner’s body either physically or emotionally for safety reasons. If the dog is older, he has had some neurological abnormalities in the rescue, and sometimes he may fall.

When it leans on its owner, it is obvious because it knows that the owner will use its body to support it so that it will not fall. The dog will associate the owner’s body with safety and not falling. In this case, maybe your dog thinks it is safer to lean on you.

Another important common sense is that dogs are social animals and they like to live in groups. They feel safe and secure in the established relationship, and they believe that the members of the group coexist.

After spending so long with humans, they have expanded their concept of family groups to include humans in this concept. In fact, dogs can certainly live alone, but they will feel natural in the company of others. Staying with you is something that can make dogs happy.

Studies have also found that dogs release positive brain chemicals in front of humans whom they consider valuable. Perhaps under the influence of this brain chemical, our dogs will make and touch us. Moreover, many dogs may have learned to associate emotions and safety with their presence and touch.

Of course, concerning the question of why a dog does something, under the current scientific research, it is not possible to give a 100% accurate answer to every question, and even some questions cannot be given a unified answer. 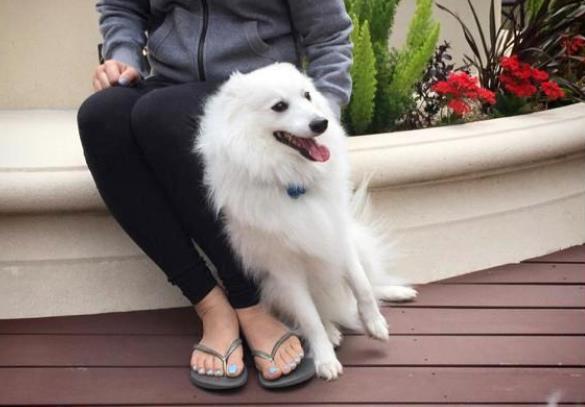 Let us put aside the scientific point of view, and use the perspective of the relationship between you and the dog to interpret it! Because the dog has become a part of your life, only you know your dog best. If you think the dog is challenging you by leaning on you, try to stop it gently. But if you feel that the dog just wants to get close to you, just wants your caress, then it is absolutely normal for the dog to lean on you. Just make sure that the dog’s behavior does not cause any harmful consequences, the cute ones are worthy of your response. 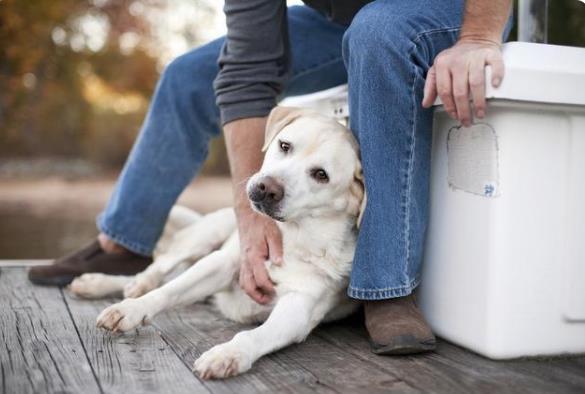 Although raising a dog can be a very happy thing, raising a dog is like raising a half-year-old child. There will be all kinds of trivial problems that you need to think about and deal with. But masters, don’t panic, as long as you see the dog healed when lying in your arms, then believe that everything is worth it!

Every day dogs will like to sit on their owner, it can be said that the body shape is not considered at all. So why do dogs like to sit on you? If a dog likes to sit on you, it actually thinks of itself as the boss. There are several other reasons. Does your dog have this phenomenon? 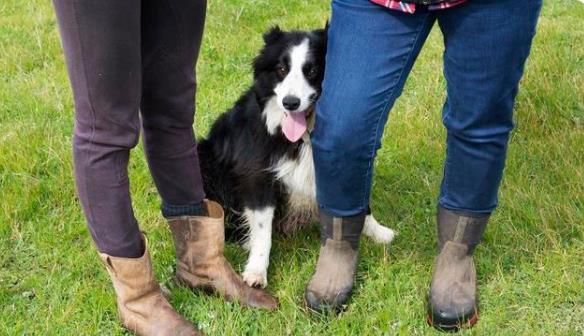 If your dog often sits on your lap or your body, one of the reasons is that it thinks it is the boss and can occupy your body at will. This reason is probably unexpected to many people, right?

2. Think of you as an object

Dogs are generally possessive. If they do, they may regard you as an object, and then sitting on you means they possess you. You can also tell other dogs that this “object” has been It is in possession, and all the dogs can no longer be touched!

Dogs are more clingy, and they like to act like a baby when facing people they like. And one of the reasons for sitting on the owner’s body may be that the dog is acting coquettishly at you.

When the dog’s ass is facing you, the front is facing the outside world, protecting you within its sphere of influence. In the eyes of the dog, you will always be the object he needs to protect most, and your life is above all else. So in any situation, the dog will surround you behind him.

5. Seek a sense of security

When your dog encounters something that makes it feel scared, it will continue to retreat. In the case of irreversible retreat, they will appear to lean against the owner’s leg. This is the dog’s The owner asks for help, hoping that the owner can protect it and don’t let it directly face the danger that scares it.

Some studies have found through functional magnetic resonance imaging that dogs are the most responsive to human odors, even exceeding their responses to food. Human scent can most stimulate the “reward mechanism” of the dog’s brain. Studies have also shown that the brains of humans and dogs respond the same to voices that have emotions with them. These all show that dogs have feelings for us, and they sit on our feet to express their love.