There are various reasons for a dog to stick out its tongue. Not only for physical and mental reasons but also for possible signs of illness. This time, I will introduce the reasons why dogs stick out their tongues and why they keep their tongues out. 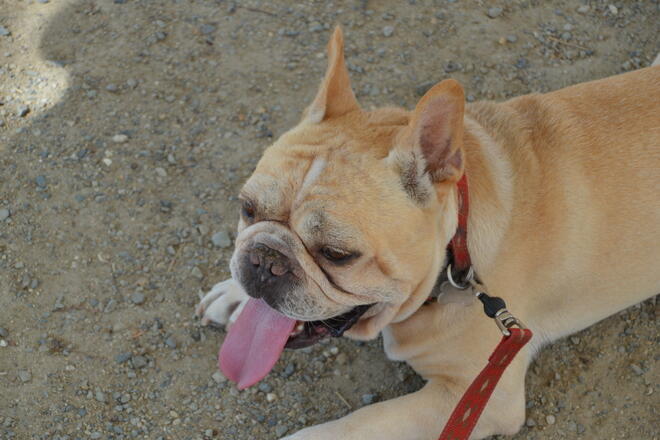 The physical reason why dogs stick out their tongues

Physical reasons are the most likely reason for a dog to stick out its tongue.

Since dogs are covered with fur, they are not very good at controlling body temperature using the skin. In addition, there is a tissue called sweat glands for sweating only in limited parts such as paws and nose, and it is not possible to sweat and regulate body temperature like human beings. Therefore, dogs mainly use their tongue to regulate their body temperature.

Just like a human sweats, it evaporates water from the tongue and uses the heat of vaporization to cool the body. When this action is technically called “punting”, it is often referred to as “punting” when imitating a dog. The body temperature is regulated by the action of sticking out the tongue and breathing with huh. This is not unusual and is one of the important health care methods for dogs.

Because it is a brachycephalic species

There are different types of dogs called brachycephaly. Bulldogs and bugs are famous. It may be easy to understand when it comes to dog breeds with a crushed nose. The characteristic of these brachycephalic species is that they have short heads as if they were read. Specifically, the part from the tip of the nose to the base of the nose is called a muzzle. The characteristic of brachycephalic species is that the length of this muzzle part is extremely short.

So what does this have to do with sticking out your tongue? Brachycephalic breeds like this have shorter oral lengths in proportion to the length of the muzzle compared to other breeds. Therefore, the area in the mouth is small, and the effect of punting mentioned above is low compared to other dog breeds. To make up for that, brachycephalic breeds punting more time than other breeds, giving the impression that they are always sticking out. 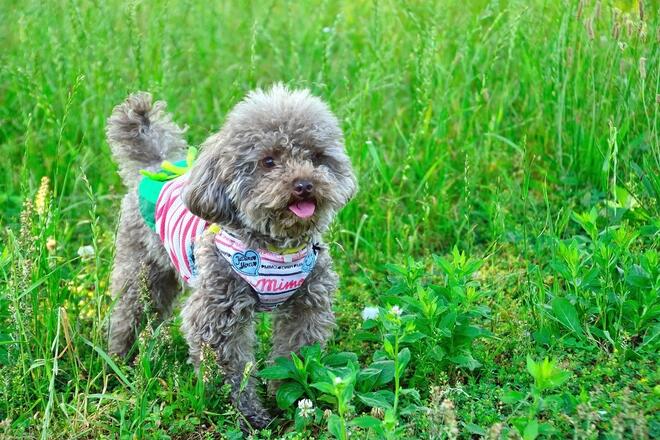 The mental reason why dogs stick out their tongues

Dogs stick out their tongues not only for physical reasons, but also for mental reasons. By reading these reasons, you can know how your dog is feeling now.

Dogs may stick out their tongue even when their breathing is calm. This is a common condition when sleeping or relaxing. The reason is that the muscles around the mouth are relaxed and relaxed. This is a very relaxing state, and if you are in a state like this near you, you may feel that your side is a very reassuring place. Let’s identify by the roughness of breathing.

Dogs are said to have difficulty communicating in conversation like humans because they do not have the ability to produce a variety of sounds due to the structure of their vocal cords. Therefore, research results have been announced that when dogs communicate with each other, they communicate using a Japanese vocal language called a calming signal. In this calming signal, the act of sticking out your tongue is a signal that you can see when you want the other person to calm down. I put it out like licking my lips with a feeling of licking. I want you to calm down when you show your dog saying something like this to yourself, such as during discipline. Take a deep breath and calmly face your dog. 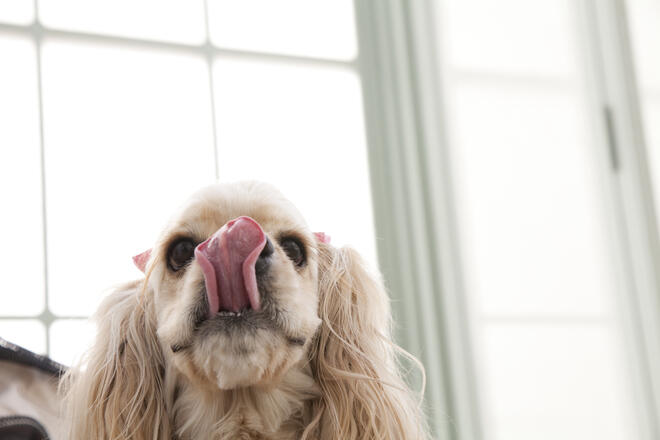 Dogs sticking out their tongues may be ill

Have you ever observed your dog, thinking that the act of sticking out your tongue could be ill? Actually, the tongue may be sticking out due to the symptoms of the disease, so it is necessary to observe carefully and think about why the tongue is sticking out. So what are the possible illnesses?

Heat stroke is a disease that causes a decrease in blood flow in organs and multiple organ failure due to an increase in body temperature and dehydration. As mentioned earlier, dogs don’t sweat much, so it’s easy for them to stay warm. Also, when taking a walk, the distance between the ground and the body is close, and it is strongly affected by reflections. Punting also tries to lower the temperature of the dog, but it can’t keep up and keeps the tongue out all the time. Be careful during the hot season, as temperatures that are okay for humans can be painful for dogs.

The second most common heart disease in dogs is trapezius muscle insufficiency. It is a common illness especially in small dogs. For some reason, the disease has an abnormality in the valve called the mitral valve in the heart that prevents blood from flowing back, and when it gets worse, it can cause pulmonary edema and heart failure, resulting in death. If you are sitting and breathing hard all the time, you may have trapezius muscle insufficiency, so you should go to the hospital.

It is a disease in which the trachea collapses for some reason, causing abnormalities in the air flow. This causes a lack of oxygen, so the tongue sticks out and breathes with a snoring sound. Obese dogs and brachycephalic breeds are said to be prone to become.

It is said that it is difficult to put the tongue in the mouth due to troubles that occurred in the oral cavity such as stomatitis, cancer and tumor in the oral cavity, periodontitis and poor alignment of teeth.

There are various reasons why dogs stick out their tongues

This time, I introduced the reason why “dogs stick out their tongues”. Please try to check the condition of your dog by observing symptoms such as rough breathing as well as “putting out your tongue”.