You’ve probably seen dogs rub their bodies against something, not to mention their owners. Many people may wonder how this dog behaves, but why does a dog rub against a wall or even its owner? In fact, there were various meanings hidden in it, and there was a reason for being a dog. This time, I will thoroughly explain why dogs rub their bodies. 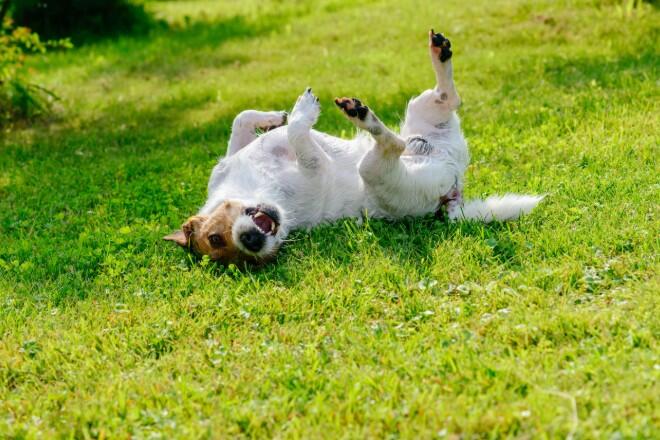 Why dogs rub their bodies against things

The smell is involved in the behavior of dogs rubbing their bodies against various objects. Dogs are animals with a sharp sense of smell that is orders of magnitude higher than humans. Therefore, the smell is a treasure trove of information for dogs. In particular, one’s scent includes meanings such as ownership, personal information, and messages, and dogs have been actively using that information since the wild.

In addition, that feeling remains strong even after becoming a pet. The act of rubbing the body against an object is one of the dog’s instinctive behaviors set in the scent. In addition, they dislike being conspicuous and take actions to rub their bodies due to their instincts and habits such as being originally an Anagura animal. 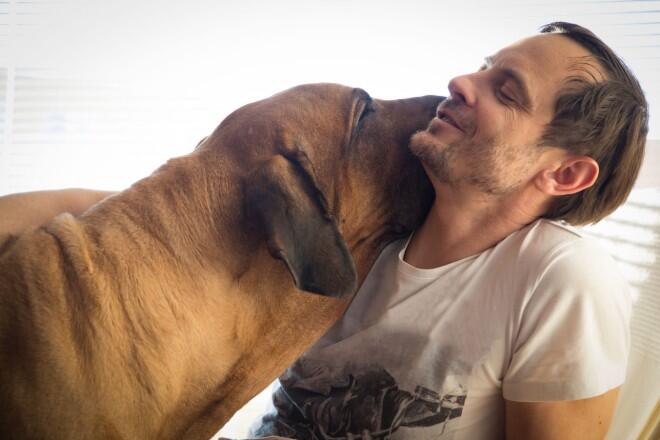 4 patterns of motives for rubbing

The motives for rubbing are roughly divided into 4 patterns. If you remember this pattern, you can apply it even if the thing to be rubbed or the situation changes, so please remember it.

Sometimes these are single or complex, dogs rub their bodies against different places and objects.

Dogs are often thrilled outdoors on grasslands, lawns, sandy beaches, and indoors on floors, carpets, mats, sofas, and beds. Every place is thrilling based on the four motives mentioned above, but it also means getting wet when it comes to sandy beaches. The place where the dog rubs the body is that the surface is generally soft and feels comfortable to the touch. In addition, it is common to rub your body against something that smells like your favorite owner.

Another object that should not be overlooked is that it has an organic odor. In most cases, it smells so odorous that it is a particular problem for owners. Typical examples are poops of other animals, carcasses of animals, and garbage. Soil and mud that people do not smell also have an organic odor, so dogs are slurping and rumbling. Be vigilant when you go to such places. On the other hand, I am not good at artificial odors such as perfume, so when that kind of odor gets on my body, I rub it to eliminate it. 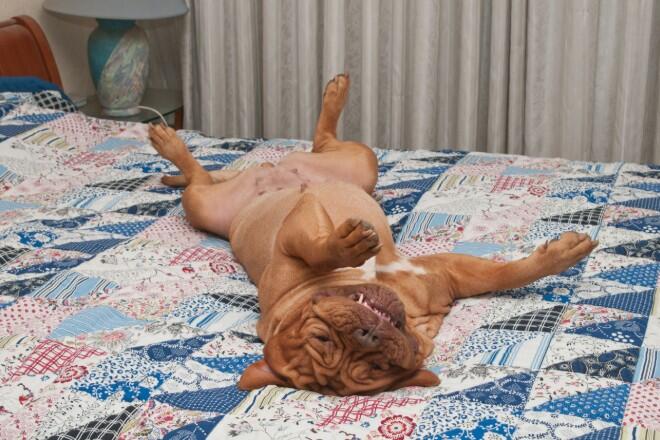 There is a motive to rub apart from the smell

Even if it is not directly related to the smell, it may show rubbing behavior as one of the body language ​​that expresses one’s feelings. A typical example is a gesture expressing satisfaction and joy, which is often seen after meals and play. And the motivation to remember is based on physical upsets and abnormalities. It is an action of rubbing an itchy part that your feet cannot reach or rubbing your buttocks on the ground. In such a case, observe the condition and take appropriate measures.

Why dogs rub their bodies against people

Most dogs rub their bodies against people, including their owners, their families, and others who are open-minded and loved. Rub your body as a calming signal to convey your feelings to that person.

1. When you want to convey gratitude, trust, and satisfaction

Dogs rub their bodies as expressions to convey gratitude, trust, and satisfaction to others. Isn’t your dog casually rubbing your body when you haven’t done anything in particular? It is also a moment when you can feel a deep trust, gratitude, and affection from your dog, and you will be exhausted from the owner.

It is a so-called “begging” that rubs a person’s body as an action that requires the other person to feel like being pampered, playing, or holding up. In addition to rubbing, it may be accompanied by other required behaviors such as hand and refill, popping hands with a muzzle, and hitting the head. Be careful not to escalate too much.

3. When you want to show that you are higher

Dogs can rub their bodies against the sleeping person’s head or face. Dogs have a habit of giving their scent to what they consider to be below to show that they are superior. If you see such behavior, review your relationship with your dog, such as whether it is too spoiled.

4. When you want to forgive, calm down, and tell me not to be depressed

The motives for rubbing are physical disorders and abnormalities, especially when it is itchy. If you rub your body abnormally, or if the rubbing is concentrated on only one part of your body, there is a strong possibility of a physical abnormality or illness. Observe closely and see a veterinary clinic depending on your condition.

Diseases that are supposed to be rubbed

If you’re rubbing the same area all the time or rubbing it over and over again, you may be feeling something wrong. First of all, let’s know the relationship between the body part to be rubbed and the possible illness.

Be careful when pressing your head against the wall

Among rubbing, the action of pressing the head against the wall is called “head pressing” or “head pressing”, and it may be a serious illness. Related illnesses include stroke, brain tumors, cirrhosis, central nervous system damage, and viral infections, all of which are dangerous. If you find this behavior, see a veterinary clinic as soon as possible.

Accurately read the motivation for rubbing your dog

There are various motives and reasons for a dog’s behavior of rubbing its body against something, and it contains various messages. It’s a cute behavior to look at, but it can also indicate something wrong with your body, so it’s important to read the message accurately, not just looking at it.