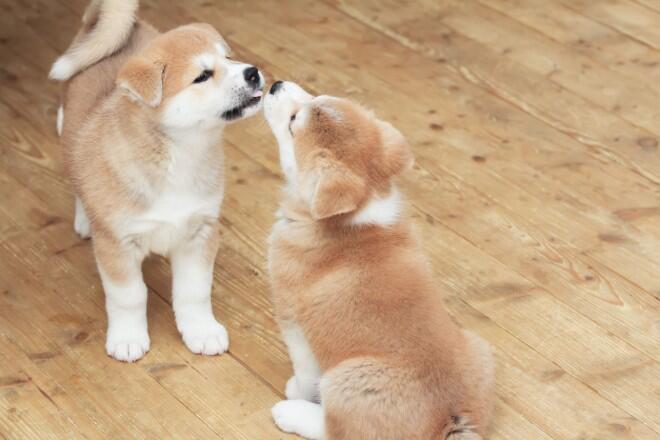 Do dogs lick their faces because they want them to play?

It seems that there are various reasons and feelings for even one action of a dog licking his face. I will introduce in detail what the gesture of licking the face means for dogs.

The mother dog licks to clean the puppy’s body and encourage excretion. Also, the behavior of puppies licking each other and dogs licking is a habit from birth.

Weaning puppies may get spit out food that is easier to digest from their mother. I lick my mother’s mouth and get some food waste and it grows bigger.

Partly because it smells good from the mouth, but maybe it’s because the owner who prepares rice every day is longing for her mother and wants to share delicious food. 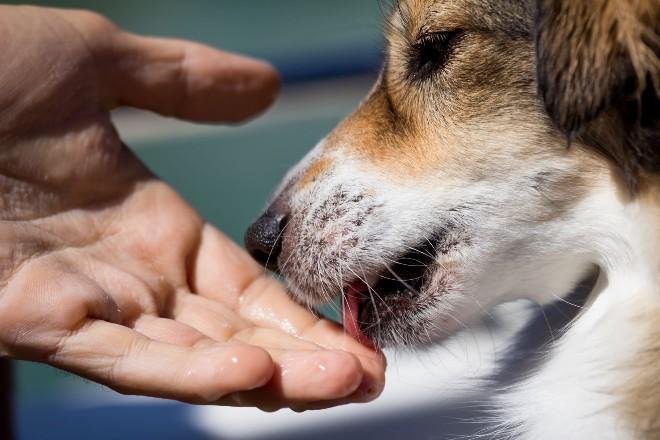 A manifestation of love

Another reason is that you trust and love the person you lick.

This behavior is a dog habit and is also seen in wolves, licking their faces as greetings to other members of the herd. If you are approaching with a lower posture than the other person and licking your face, you are probably respecting the other person.

Is it your face to lick? hand? leg? The reason may be different depending on the part

There are various reasons for the dog’s licking of the face, but the reason also depends on the part to be licked. Here are some reasons why dogs lick their hands and feet, which are often licked. 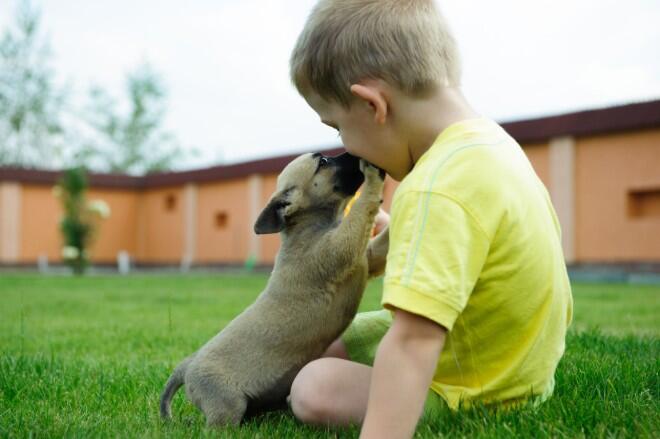 When a dog licks a person’s hand, it is when he wants to be spoiled or play. Dogs recognize and remember that people use their hands to stroke and play with them.

You may also feel comfortable and relax by gently stroking and licking your warm hands.

When licking your feet

When a dog licks a person’s paw, I want him to play like a hand! I am appealing to you.

Also, if you like the unique scent of your feet. If you always lick a particular person’s feet instead of pretending to play, you may smell your favorite.

The dog licks his face! I’m happy, but are there any fears of infectious diseases?

While dogs are happy to lick their faces, many are hygienic. You may be sick, especially when you are licking the face of a small child. Here’s how to prevent your dog from licking his face.

The act of licking the face is one of the expressions of affection from a dog, but in some cases, it can be infected with bacteria contained in the saliva of the dog. For example, it is caused by Pasteurellosis, which is one of the indigenous bacteria in the oral cavity that about 75% of dogs have in their mouth. When a dog licks its face, it can infect humans and cause partial inflammation or pasteurellosis, which causes symptoms such as pneumonia.

However, most of the infections are caused by excessive skinship, such as being bitten or feeding by mouth, so it can be prevented by avoiding excessive skinship. If your dog is too relentless in licking his mouth, consider disciplining him to quit.

How to stop licking your face

When a dog licks his face, if he reacts with a loud voice such as joy or surprise, he thinks he is happy and tries to lick it more.

To stop it, stand up without saying anything, or leave the place quickly and ignore it. When the dog has settled down, return to its original location and be prepared to praise and play.

In addition to this, there is also a method of issuing a calming command such as “sitting” and complimenting it by stroking or giving a snack when quitting so that the behavior of licking can be stopped immediately.

Face licking is an expression of affection! Respect your feelings and change your mood

On the hygiene side, you may also need to stop your dog from licking his face. However, if the owner suddenly becomes infected with bacteria, avoiding it excessively and hating it will only confuse the dog. To prevent your dog from licking his face, ignore it when you lick it and leave, and when you stop licking, go back to where you were and give a lot of compliments.