Teddy dog is also a kind of poodle breed, also known as poodle dog and curly dog. It belongs to an animal of the Canine subfamily. Its origin is in Europe and it is now widely praised all over the world. In China, there are also many people raising teddy dogs as domestic pet dogs, but many novice parents, are at a loss when the teddy dog is in heat, so let’s also briefly understand if the teddy dog is in heat, parents should How to do it! 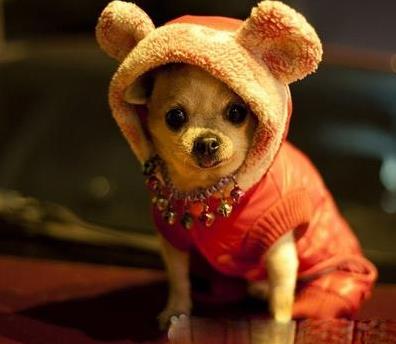 Regardless of whether it is a Teddy male dog or a Teddy female dog, the estrus time is generally twice a year, divided into spring March to June, and autumn September to November. Teddy bitches generally have their first estrus in about eight months. There will be a series of symptoms during the estrus period of the dog, so pet dog parents should pay attention to whether the dog has estrus symptoms during the estrus period.

2. What are the symptoms of Teddy’s estrus?

Teddy dogs will have a loss of appetite and restlessness before estrus. At this time, if it is a Teddy bitch, the genitals of the dog will be red and swollen, and red blood will flow out at the same time. The genitals of the bitch will be redder and swollen. During the estrus, whether it is a bitch or a male dog, the personality will be more irritable. Therefore, at this time, parents should be more tolerant of teddy dogs, tolerate their temporary bad temper, and avoid fighting. Scold the dog.

First of all, when a Teddy dog ​​is in heat, the genitals will be redder and swollen, and red liquid will flow out. At this time, parents should pay attention to the hygiene of the dog’s genitals. You can wipe the dog with a wet wipe or a clean towel every two days. To prevent infection of the private parts caused by too many bacteria. Because there is always mucus and blood flowing out of the lower body of the dog, parents should put on special sanitary pants for the dog to prevent the dirt in the private parts from rubbing on the furniture, bed, or sofa.

Secondly, it is necessary to keep up with nutrition. Dogs in estrus are generally more irritable and have a low appetite. Therefore, parents must pay more attention to diet to ensure that the nutrients are comprehensive and sufficient. It is best to do so. Do something that dogs like to eat, eat a light diet, and add more protein.

Besides, dogs in estrus have irritable temperaments. As parents, you should be more tolerant of your dog’s temper. At this time, dogs are moody. Parents should not be impatient with dogs because they are always bad-tempered, or even beating and scolding. No way.

Finally, in terms of mating, generally, eight months later, dogs that are in heat for the first time are already sexually mature and ready to mate. However, it is not recommended to mate the first time that dogs are in heat. This is harmful to the dog’s health and even The quality of babies born will not be particularly good, so you can arrange mating when the dog is in the second estrus.

So if parents find that the dog is in estrus, parents don’t have to panic, as long as they take care of it carefully and pay attention to hygiene and diet, there will be no problem. Also, if you want to pair the dogs, you must ensure that the pairing environment is quiet, do not disturb other sounds, and pay attention to the recuperation after the pairing.

2 thoughts on “What to do if the teddy dog is in estrus?”