American Bully, which is still not well known in Japan, is an improved version of the American Pit Bull Terrier for domestic dogs. Contrary to his appearance, he has a gentle and affectionate personality, which makes him more popular year by year. This time, we will introduce basic information such as the history, characteristics, and personality of American Bully. 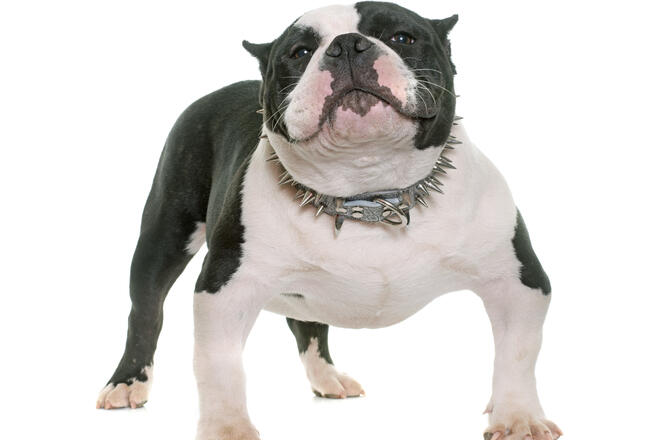 American Bully, as the name implies, is native to the United States and has a short history since its birth. American Bully was created by founder Dave Wilson in the late 1980s.

Behind the birth of the American Bully is the sad past of the pitbull being abused by human ego.

Since the 18th century, fighting dogs that let dogs fight each other have become popular and have been illegally practiced. The American Pit Bull Terrier is an improved breed of dog that was exported to the United States from the Staffordshire Bull Terrier, which is native to the United Kingdom.

With the ban on fighting dogs, the brave and powerful pitbull became active as a working dog to protect livestock on ranches and farms, but in the 20th century, people who abused the ferocious side of the pitbull appeared. It was. Pitbull is a very scary dog ​​that will spread all over the world because it has been deliberately selected and owned by individuals with a rough temperament and used for crimes. 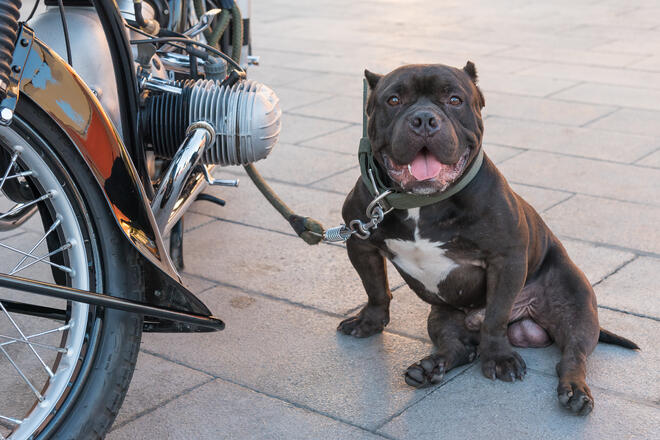 There, pitbull enthusiasts succeeded in improving the aggressive character of the American Pitbull Terrier and creating the companion dog American Bully.

American Bully has a muscular physique and is roughly classified as a medium-sized dog. Here, we will introduce the size of American Bully, the type of coat, and the color of the coat.

The ideal height for American Bully is 43 cm to 51 cm for males and 40 cm to 48 cm for females. There is no fixed weight, but height and weight must be proportional.

It has a plump body, a low center of gravity, a wide width, and a large head with distant eyes. 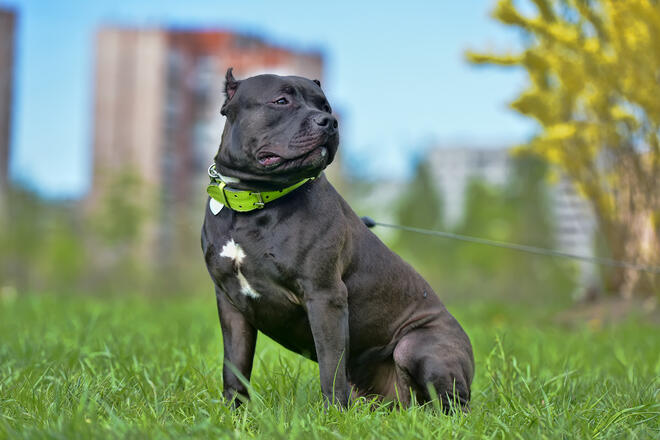 All American Bully coat colors are acceptable except Marl.

The coat is hard, short, shiny and smooth to the touch. The short hair makes it easy to clean, but it requires regular brushing due to the large amount of hair loss.

American Bully often has a scary image due to its solid body and strong face.

However, contrary to its appearance, the American Bully, which has been improved as a domestic dog, is gentle and child-friendly, and has a character that is friendly to strangers, dogs, and animals. It has a stubborn side, but it has a high degree of loyalty, so if you train well from the time you were a puppy, you will become the best obedient companion dog.

However, even if it has a bright and gentle personality, it is a breed that is easier for beginners to keep. Due to its strong jaw strength, it requires skill to control the dog so that it does not show aggression. 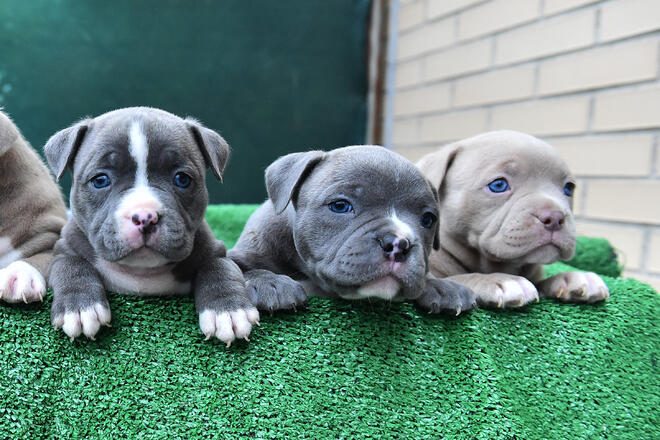 American Bully is a gentle breed that has been improved as a domestic dog. It is a popular dog breed that has captured the hearts of many people because of its affectionate and gaping appearance with its owner.

However, due to its popularity, it is also breeding in a disorderly manner in Japan, so it is hard to find a proper breeder when welcoming you. If you’re welcoming American Bully to your home, make sure you’re prepared to be loving and face-to-face.