German shepherds are often recognized as police dogs in Japan and are active as guard dogs and working dogs. The best breed to be a family or partner. However, if you don’t know the characteristics of the breed, it will be difficult to raise a breed that is suitable for guard dogs. This time, I will explain the history, characteristics, and how to keep the German Shepherd. 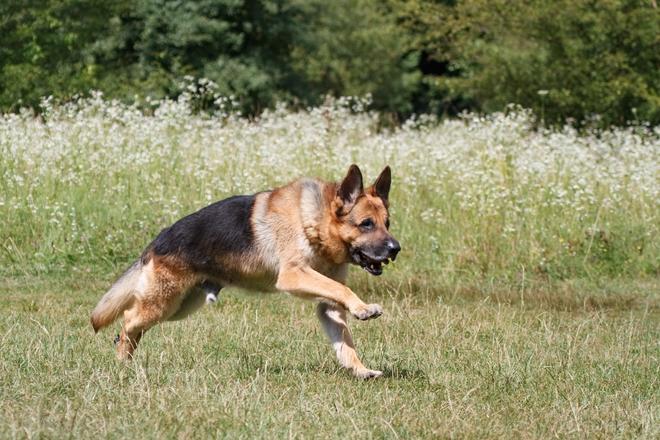 What kind of dog is German Shepherd?

First, let’s check the history and characteristics of German Shepherd.

The German Shepherd is a breed of dog born in the late 19th century in an attempt to create excellent military dogs. Sheep dogs that were bred by German farmers were the basis, and after that, in addition to working as sheep dogs, they were also active as working dogs such as guard dogs. Then, in 1899, the standard for dog breeds was created and continues to this day.

It features sharp ears and a strong, muscular body. Another feature is how to walk with a low posture. From around 60 days after birth, growth will be faster, so if you exercise vigorously around that time, you may be affected by diseases such as hip dysplasia, so be careful. 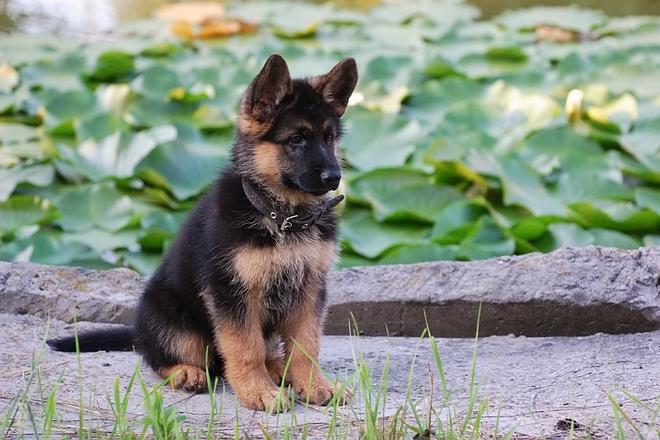 It has a solid body and is classified as a large dog. The height is about 60 cm for males and about 55 cm for females. Males weigh about 35 kg and females weigh about 28 kg.

The typical coat color of German Shepherd is Black and Tan. There are also black and albino. The coat is basically short hair, and because it is a double coat, it is resistant to the cold.

German shepherds have a lifespan of about 9 to 13 years. Of course, it depends on the breeding environment, but basically you have to be especially careful about your physical condition after the age of nine. Also, as mentioned earlier, the coat is a double coat, which is strong against the cold but weak against the heat. Therefore, it is necessary to be careful about heat stroke in the summer.

Hip dysplasia is not a life-threatening illness, but it is one of the most common illnesses in large dogs, including the German Shepherd. It is a disease that the hip joint does not fit well by bouncing or running during the puppy period when the pelvis is not stable, and it causes pain in the hip joint, so it becomes easier to walk like shaking the waist. I will. By the way, this way of walking is also called “Monroe Walk”.

And a disease to watch out for, especially with German Shepherds, is gastric twisting. Gastric twist can be fatal within hours of onset. As the name implies, it is a disease in which the stomach is twisted and blood flow is stopped. The cause of gastric twisting is that it puts a strain on the stomach, such as strenuous exercise immediately after eating, eating after strenuous exercise, and drinking a large amount of water.

It is important to give the dog a fluffy food and take a break after eating so as not to strain the dog’s stomach. 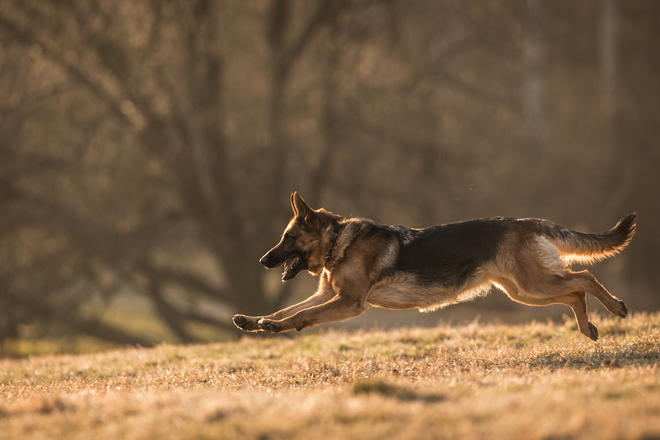 The German Shepherd has the character you envision. A brave, powerful and family-loving breed, it will be a good partner.

German shepherds are very calm. You can feel confidence from the dignified way of walking.

However, this self-confidence and calmness does not mean that you will have this kind of personality without doing anything, and it will change completely depending on how you raise it. Originally, he has a vigilant and timid personality. That’s what makes it a good watchdog, but if you don’t get rid of this vigilance, you can end up with a barking dog out of fear.

Wise and loyal to the owner

It is a breed that is active on the front lines as a police dog and a working dog, and is very smart and loyal to its owner. The smarter the dog, if you look down at the owner, you’ll end up with a dog that doesn’t listen. Therefore, you will need to be disciplined. 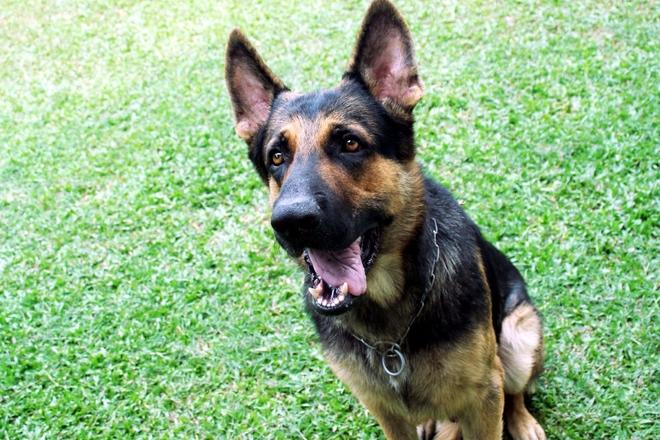 How to grow a German shepherd

The ease of keeping German shepherds depends on the environment in which they are grown. Because it is also a clever dog breed. The owner must be the leader of the dog. In addition, daily exercise and hair care are also important.

An ideal environment for keeping a German Shepherd is to live indoors with the owner.

German shepherds seek leaders in their lives, so if you don’t have a leader nearby, you’ll end up thinking of becoming a leader and leading your family. Due to alertness, outdoor breeding can lead to an aggressive personality and is not recommended.

German shepherds, which have a lot of daily exercise, also require a day’s walk. Ideally, twice in the morning and evening, one hour each. Instead of taking a leisurely walk, let’s take a sharp walk. It’s a good idea to run with them during a walk or play with a ball or frisbee for communication. You can also relieve stress by running once a week in a spacious place such as a dog run. However, as mentioned earlier, German shepherds are vulnerable to heat, so it is advisable to take a walk during the dark hours.

Discipline is the most important thing in living with a German Shepherd.

The German Shepherd is a breed that is very difficult to retrain afterwards, as it often becomes an untouchable dog if it is not disciplined during the puppy period.

Therefore, German shepherds should be disciplined from the early childhood. It’s a good idea to start disciplining with play from about 4 to 5 months after birth.

The basis of discipline is that the dog “acts” when it hears the “command” from the owner, and the owner’s “praise / reward” is given to it. By repeating this, the dog will learn the discipline. German shepherds need to be taught the owner’s “kindness and rigor.” By making good use of candy and whip, you will be able to build a relationship of trust between your dog and its owner.

The German Shepherd is a breed of dog that easily loses its coat. Therefore, brush regularly to prevent hair loss.

Talking to your dog while brushing is also a communication.

This time, I introduced the points to live with German Shepherd. The German Shepherd is a breed of dog that, with proper training and training, can become an irreplaceable companion to you. Since this breed has a lot of exercise, please try to incorporate a little sporting element into your daily walk so that you can enjoy and relieve stress together!