Do you know what a dewclaw is? In fact, a part of the claws on the dog’s paws is called “wolf claws”. Even the owner, who lives with a dog, may have never seen it. Depending on the dog, there may or may not be a dewclaw on the forelimbs and hindlimbs … We will introduce questions about such a dewclaw, along with the correct way to cut and care for dewclaw.

What is a dog’s dewclaw?

When observing the dog’s paw, you can see that there is another claw away from the four fingers that are in contact with the ground. This fingernail that does not touch the ground is called a dewclaw, which is like a thumb.

All breeds of dogs are born with this dewclaw on their forelimbs, but the dewclaw on their hindlimbs may be degenerated and not grow. Therefore, it is generally said that dogs have 5 forelimbs and 4 hindlimbs. It is believed that the reason why dewclaw has stopped growing is simply that modern dogs do not need it. Dewclaw was originally used by the ancestors of wild dogs to walk on rocky terrain and rough terrain. 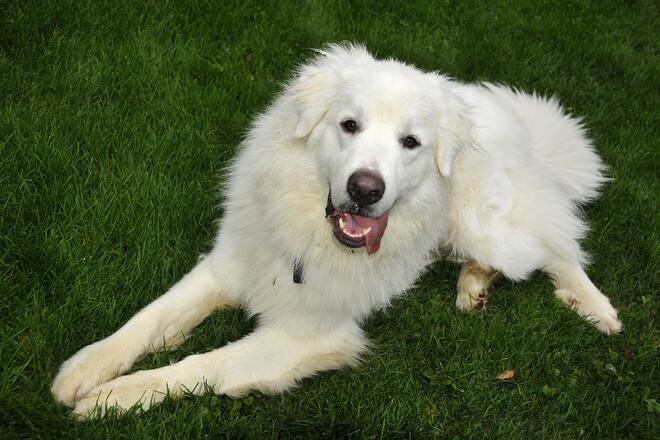 In modern times, it is also possible to remove the dewclaw

Basically, it is said that surgery within the first week of life is preferable because it does not burden the puppy, and surgical methods such as local anesthesia and no anesthesia differ depending on the veterinarian. Although it is possible to perform surgery even after becoming an adult dog, anesthesia surgery is a burden on the dog’s body. It’s a good idea to have them removed at the time of surgery that uses anesthesia such as contraceptive castration or illness.

What is the reason for excision?

There are two main reasons for excision: “injury prevention” and “breed standard”. Many breeders and owners remove their dewclaw to reduce the risk of catching it on something and breaking their claws or fingers. In addition, according to the dog breed standard set by JKC (Japan Kennel Club), in principle, there is no dewclaw on the hind limbs. Breeds with ancestral collars and prone to dewclaw on the hind limbs are said to be “undesirable / excised”, but some breeds are “acceptable / accepted”.

Dog breeds with the characteristic dewclaw 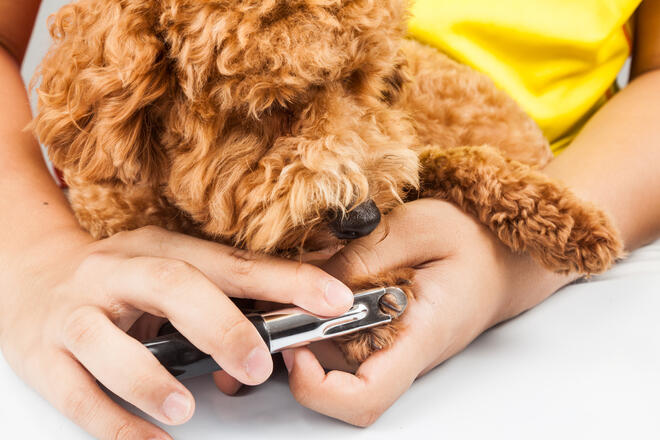 Unlike other claws, the dewclaw does not touch the ground, so the claws continue to grow. The dog’s claws are curved and stretched while bending inward, so if left unattended, they will become terrible incurvated claws that will stick in your paws. When it gets worse, the dog bites his claws and legs, the claws bite into the skin, causing bleeding and swelling, and the dog gets caught in the carpet or clothes and breaks from the root, leading to various injuries. If you leave the dewclaw uncut, take diligent care.

It is preferable to cut the dewclaw once a month, but the speed at which the claws grow varies depending on the dog. Observe your dog’s claws regularly. Before cutting your nails, prepare a nail clipper for dogs, hemostatic gauze, a hemostatic agent, and a nail file within easy reach.

Basically, the cutting method and retention can be the same as when cutting other nails. Instead of cutting it all at once, cut it little by little like slicing and stop it in front of the blood vessel. If you have a whitish nail, you can see red blood vessels from the outside, so use that as a guide. If you have a dark nail, cut it more carefully and stop if the color of the cross-sectional tissue of the nail changes during the process. After cutting, use a nail file to round the dog so that it will not be injured when the dog scratches the body or when the owner holds it.

If you cut a blood vessel and bleeding, don’t panic. Hemostasis can be painful, so if you don’t like dogs, use your fingers or gauze to stop bleeding. If care at home is difficult, ask at a pet salon or veterinary clinic.

Correct care is important for dewclaw | Remnants of the wolf era

Long-haired dog breeds have hidden dewclaw and may not be known without searching. Please observe if your dog’s paws have dewclaw. If so, remove it to prevent ingrown nails and injuries, or take proper regular care if left.