Generally, Pomeranians have a single color, such as brown, cream, and black, but did you know that some of them have unusual coat colors? The unusual color is called “Wolf Sable”, and the silvery gradation-like color is very beautiful, and it is also a coat color that is drawing attention. This time, we will introduce in detail the characteristics of the unusual coat color of the Pomeranian Wolf Sable color. 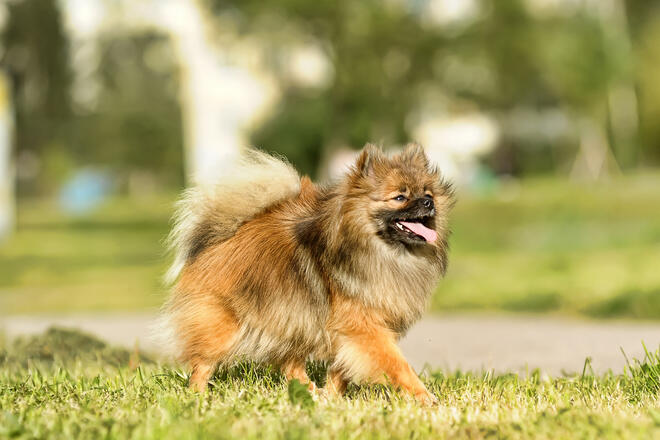 What color is Pomeranian’s “Wolf Sable”?

Wolf Sable is named because, as the name suggests, it resembles the color of a wolf (Wolf) and contains a black color (Sable).

Furthermore, since there are individual differences in coat color, even a color called Wolf Sable has a different appearance, making it a coat color preferred by individualists.

Wolf Sable is not an artificially created color, but a color that the Pomeranian originally has. Because it is a very rare color, the purchase price tends to be higher than other colors when you get it from a breeder.

The Pomeranian coat color is said to change easily with growth in any color. Among them, the wolf sable dog is characterized by a remarkable change in its color, and it may change like a completely different dog after it grows up from the color it had when it was a puppy. I’m looking forward to imagining the future of my dog. 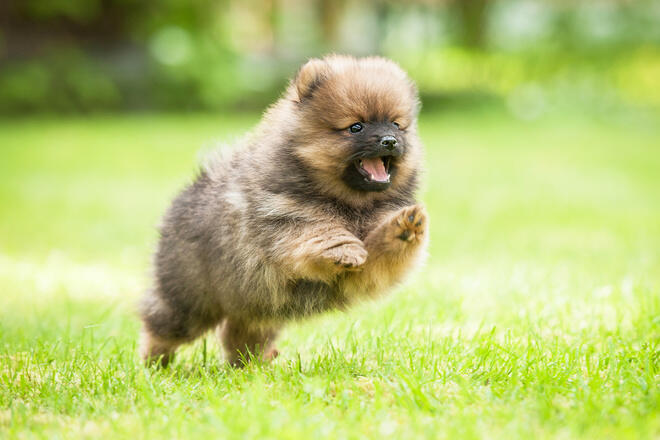 To express the characteristics of Pomeranian’s Wolf Sable in an easy-to-understand manner, the word “raccoon dog-like” is perfect as mentioned above. Especially when I was a puppy, in addition to the brown and black gradation of hair, there are many puppies with outstanding blackness around the mouth, so I feel a strong raccoon dog feeling. It’s round and rolling, and it’s really cute, isn’t it?

Isn’t it the biggest pleasure of welcoming Pomeranian’s Wolf Sable Color Ko that you can’t imagine what kind of coat color you will settle down when you grow up?

When I was a puppy, there was a lot of silver and black, but when I became an adult dog, it turned brown, and before I knew it, it became orange sable.

It’s hard to notice the color change when you look at it every day, so let’s take a picture of your dog regularly and look back on it like “Oh, it was such a color at this time” and enjoy the growth and color change of your dog. 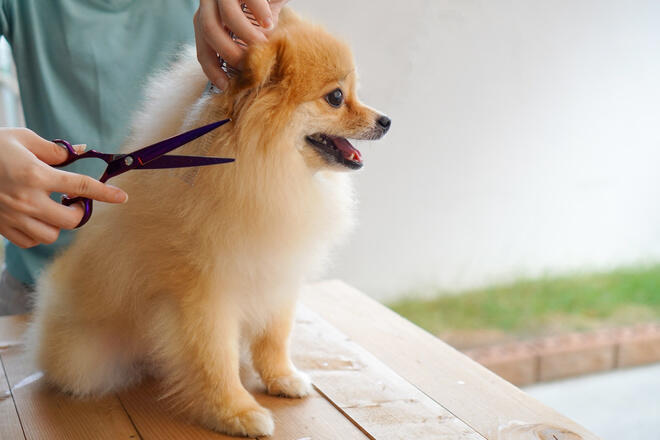 How to care for Pomeranian hair

Pomeranian is a double-coated dog breed, so it is essential to take measures against hair loss. Ideally, you should brush every day, but if it is difficult, it is recommended that you set a day of the week, such as twice a week.

Brushing can also be a skinship with your dog and has the advantage of being quick to notice changes in your body, so try to be as diligent as possible.

The Pomeranian coat is not necessarily a breed that needs to be trimmed, as it will not grow any further after a certain length. However, you can also change the appearance of the item by trimming it, such as a piece that is cut round or a piece that is cut by a Shiba Inu, so you can enjoy changing the style depending on the season.

However, one thing to be aware of is that once the hair is cut, the next hair may not grow easily or the original hair quality may change, so it is said to protect the current hair. In that sense, it is safer to avoid easy trimming.

A rare color, Pomeranian Wolf Sable. The biggest pleasure is the color that changes as you grow. It’s a rare color, so you may not have many chances to meet it, but in the sense that you can enjoy the daily growth and change of your dog, it may be more exciting than other colors. If you want to see a Pomeranian with a slightly different color, please search for Wolf Sable.