Do you know a breed of dog called Pitbull? I think most people have the image of a dog fighting breed with a rugged body and a scary face. However, it may not be well known that it is a surprisingly friendly and cheerful dog. In order to let you know about the pitbull, we will explain in an easy-to-understand manner how to keep it after understanding its personality and weaknesses such as illnesses that are easy to get.

History of the birth of the Pitbull 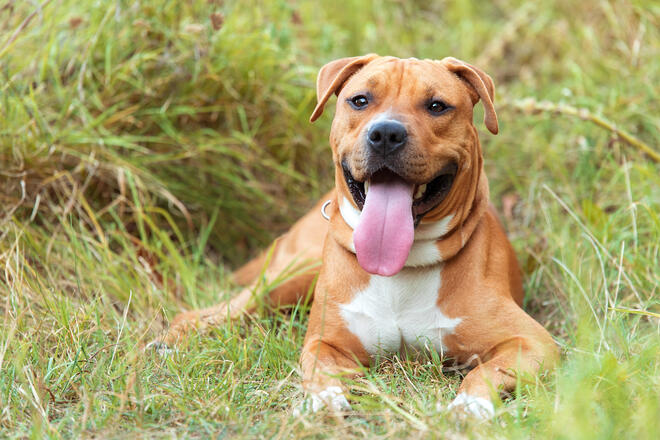 Born as the strongest fighting dog

The history of the Pitbull dates back to the 19th century. The birth of the Pitbull was triggered by the breeding of bulldogs and terriers by dog ​​lovers in England, Ireland and Scotland. It is said that he was expected to become the “strongest fighting dog” by combining the strength of the terrier’s defeat and the strength of the bulldog. It has also been active as a guard dog and hunting dog to protect livestock.

From that history, some countries and regions are now regulated as dangerous dog breeds. In order to prevent sad accidents, it is recommended that you always check the rules of each region and prepare an environment where you can breed enough before welcoming you to your house. 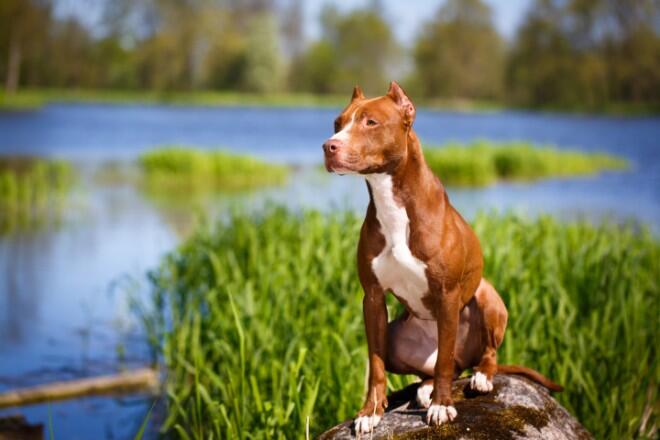 There are three types of pitbulls: show type, bleed (home) type, and dog fighting type. Each has a different body shape and may look like a different breed to those who don’t know the Pitbull.

I think that the ears have the image of triangular standing ears like a cat, but this is a remnant of having cut off the ears so that they look strong when fighting as a fighting dog. Originally it has short ears.

The body shape varies depending on the type. The show type has a rugged body with muscular ridges, the bully type has a moderately muscular body with a slightly low body height, and the fighting dog type has a slender and firm body shape.

Pitbull is a breed of dog that has weak skin and is prone to develop food allergies such as dermatitis.

Also, because it is low in body fat, it is not resistant to the cold, and it can be said that winter and cold regions are the weak points of the strongest fighting dogs. In winter, adjust the amount of food and be careful not to lose weight. 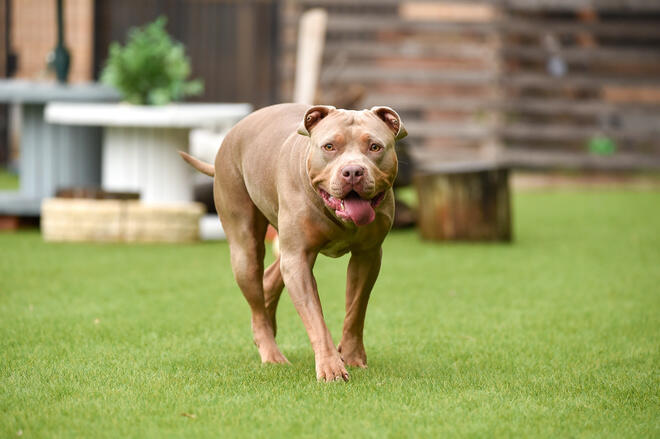 Various colors such as black, white, and brindle are accepted for the coat color.

The coat is short so it is easy to clean. The pitbull looks like it has little hair loss, but surprisingly there is a lot of hair loss and short hair may stick to clothes.

It is a good idea to remove the hair with daily brushing as well as a massage. Or it is recommended to wear clothes.

The life of a pitbull is 8 to 15 years. Dermatitis is a common pitbull illness. What kind of illness is dermatitis? I will explain the symptoms and how to deal with it.

Pitbull, a breed of dog that is susceptible to dermatitis

Dermatitis also includes atopic dermatitis and allergic dermatitis. There are various causes of onset, including cases that occur in response to specific components of food, insect bites, and house dust. Keep in mind that stress can cause dermatitis as well as external factors.

If you see hair peeling or scratches, you may have dermatitis, but it is difficult to determine the cause of dermatitis, so it is often not possible to identify it even if you are examined at a hospital.

If it develops, it will be a lifelong illness, but I would like to relieve the symptoms by improving my constitution as much as possible. 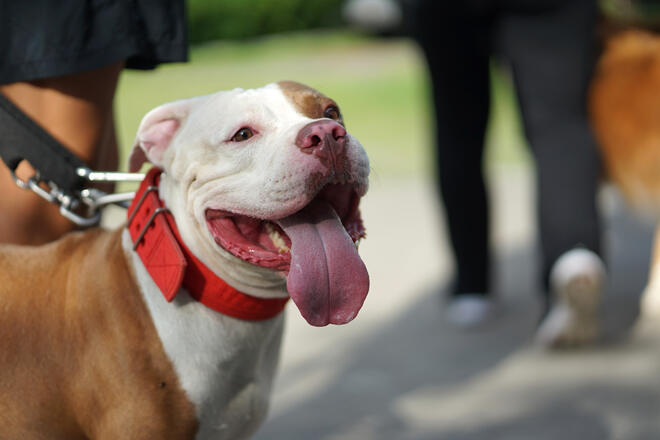 Although the Pitbull has a history of fighting as a fighting dog, it has a bright and cheerful side as well as a personality. If you grow up socially, you will be less wary of non-family members and dogs.

It is important to understand the character of the pitbull well and utilize it for breeding.

The Pitbull is very loyal and you can listen to the instructions of a reliable owner.

That loyalty is also the bond between the owner and the dog, and if properly kept, it can be said that it is easier to keep than a pet dog.

A cheerful and cheerful personality always makes the family laugh. If the owner is depressed, he will gently come by and take care of him.

Be patient and tenacious

As it is a breed of dog that was bred as a fighting dog, it has a patient personality. Therefore, he is also a good babysitter who can keep up with small children even if their ears and tail are pulled.

However, this patience and tenacity can be said to be the temperament of fighting as a fighting dog, so if you work in the wrong direction, it may lead to a tragic accident.

Daily exercise and discipline are important so that you can always stay calm.

How to grow a pitbull

It is considered a dangerous dog breed in Europe, and it is not easy to raise a pitbull that retains its temperament as a fighting dog. It is necessary to make an effort to exercise enough, establish a master-slave relationship, and stay calm.

Then, I will explain in detail how to grow a pitbull.

Pitbulls are a breed of dog that should be bred indoors, as breeding them outdoors can lead to excessive alertness to humans and animals.

The advantage of keeping it indoors is that you don’t have to worry about temperature and insects, which makes it easier to manage your health. Sharing life with people also leads to the sociability of the Pitbull.

The Pitbull is a breed of dog with a lot of exercise. It is advisable to take time twice a day, preferably one hour each.

If you don’t have enough exercise, you will have more tension and barking, and you will become an excitable dog.

A sociable pitbull allows you to exercise with a dog run, but past history and nature may encourage you to wear a muzzle to avoid unnecessary trouble with other dogs. As you can see, if you keep a pitbull, you need to be more considerate of your surroundings than any other breed.

If you exercise enough, your discipline will go smoothly. There is a big difference between training a gentle dog and training a dog that is easily excited.

When disciplining, be resolute when dealing with the pitbull. Give instructions in short, clear words.

When you give an instruction, be sure to face it without giving up until you act as instructed. A common pattern is to give up on the way because it doesn’t come no matter how many times you say “come”.

If you give up on the way, the pitbull will learn and will not be able to give instructions. Be sure to follow the owner’s instructions in case of emergency.

Pitbulls are prone to skin problems, so check for hair loss or scratches when brushing.

It’s a muscular and heavy breed, so if you take a good walk every day, your claws will wear out naturally, but check carefully to prevent your claws from stretching too much. It can also hurt your skin.

Happy time to spend with the pitbull

Keeping a pitbull is not easy, but if you can become a reliable leader and build a strong bond, you will be an obedient and affectionate partner. For that purpose, exercise is the first priority. I think there are many owners who are worried about problem behavior. If you exercise firmly, face with a resolute attitude, and keep it in a calm state, problem behavior will be reduced.