Have you ever seen a Spitz breed like the Shiba Inu that Muzzle has with its triangular standing ears and thought it looked like a fox? Although foxes and dogs are of different species, they actually have similar parts other than their appearance.

In this article, we will introduce dog breeds that are similar to foxes with images, including the similarities and differences between such interesting foxes and dogs.

Is there a relationship between foxes and dogs?

Some dog breeds look very similar to foxes. In fact, in May 2020, a resident of Furano City, Hokkaido, who thought he was an abandoned puppy, realized that he might be a fox when he saw him grow up, and he was protected by Asahikawa Zoo in Asahikawa City. There was even an event like that.

Is there any relationship between foxes and dogs of different species?

Both foxes and dogs are canines

Foxes and dogs are biologically classified as follows:

Surprisingly, both foxes and dogs are the same “Carnivora (Carnivora) Canidae” animals. In other words, because they have a common ancestor, they have similar appearance characteristics such as triangular standing ears and pointed muzzles. 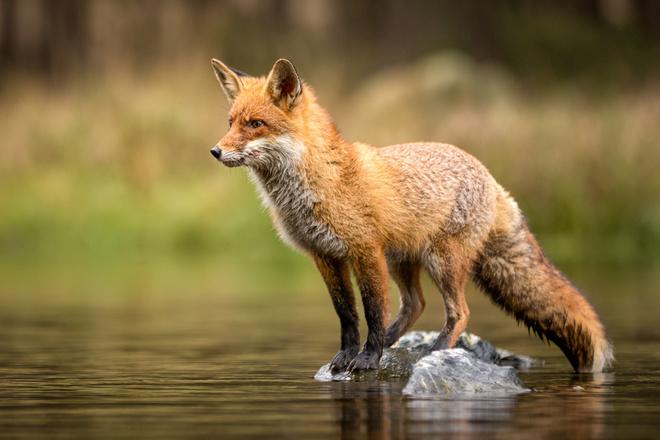 Is there a fox and a dog half?

A dog that is a cross between a fox and a dog is called a “dock” by combining “fox” and “dog”.

Dox, a half-dog of a fox and a dog, has been born in England and Canada, and it is said that individuals have also been witnessed. However, there is no scientific proof such as DNA testing, and it is a mystery whether it really exists or not.

The fox and the dog here are similar! Here is different!

The same canine fox and dog are of course different because they are of different species, but they also have some similarities. Let’s take a closer look at the similarities and differences between foxes and dogs, such as appearance, barking, eating habits, and personality.

The fox has standing ears, but it is larger than the dog’s standing ears. Also, although their faces and bodies are similar, there are differences such as a slender muzzle and a thicker tail than dogs.

The fox’s bark is sometimes referred to as “concon”, but it doesn’t. In reality, it makes “Kyun” and “Koon”, which are like when a dog is sweetened. It may also make a “one” sound like a dog.

Like dogs, foxes are more omnivorous than carnivorous. Onions, leeks, garlic, and garlic, which cause poisoning when eaten by dogs, are also harmful ingredients for foxes. Therefore, it can be said that they are similar in eating habits.

Dogs are animals that live in groups, but even in the same canine family, foxes act alone or in family units without forming a group. Because of these characteristics, it is said that they are not as obedient as dogs, but rather cautious, and are more like cats.

Here, we will introduce a breed of dog that looks like a fox, along with an image posted by the owner on Instagram.

Shiba Inu has a crisp and dignified face as shown in the image below, and a round and cute face. The former Shiba Inu is known as the “fox face” because it resembles a fox. The reddish-brown coat color is more and more reminiscent of a fox in a snowy landscape.

Welsh Corgi Pembroke with fox-like features and coat color. Individuals that do not dock have a fine tail like a fox. In addition to its appearance, it is similar to a fox in that it is agile and moves around well.

Finnish Spitz native to Finland. It is a rare breed that is rarely seen in Japan because it is not registered with the Japan Kennel Club. It is said to resemble a fox or a Shiba Inu, and one of its features is its light walking appearance.

Although it is not an official breed, the Pomeranian and Siberian Husky mixed dog “Ponsky” also has an individual that looks just like a fox. Ponsky has different pedigree inheritance, so it doesn’t always look like a fox like the one in the image. Therefore, if you can actually meet them, you will be lucky. Although it is a Siberian Husky blue eye, it looks like a fox and is mysterious and adorable.

Foxes and dogs that have many similarities

Although foxes and dogs are of different species, they also have similar parts such as barking and eating habits. Also, because they belong to the same canine family, the appearance is very similar, especially for the muzzle with sharp ears, the Shiba Inu with red coat color, and the Welsh Corgi Pembroke. Looking into it, it seems that there are still other similarities!