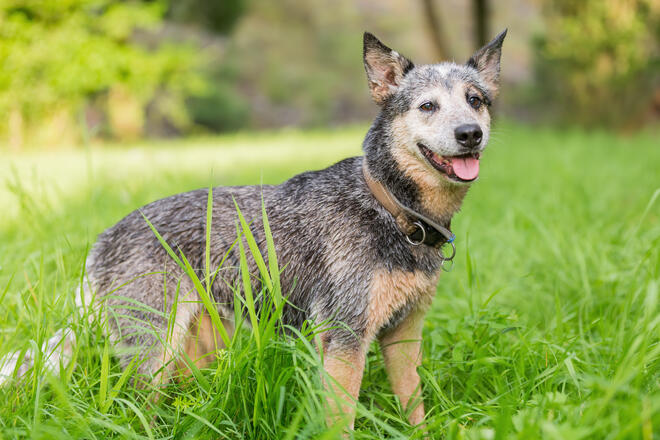 What kind of dog is the Australian Cattle Dog?

It is said that the breed was bred with the reproduction of the Blue Healer breed, which was already extinct at that time and has excellent ability to chase cattle. Nowadays, because of his excellent work as a cattle dog, he is sometimes called a blue healer or an Australian healer, but this healer has the meaning of “a dog chasing a cow”.

The Australian Cattle Dog was completed around 1890 over 50 years by mating Dalmatian Dingo Blue Merle based on the Australian cattle dog Timmons Biter to make a better cattle dog. I did.

The Australian Cattle Dog was better than expected and was able to drive horses, sheep, and ducks, and gradually became active as a show dog.

When the splendor of a show dog was conveyed, the number of people raising it as pets began to increase, and even in Japan, the number of breeding dogs gradually increased, although the number was small. 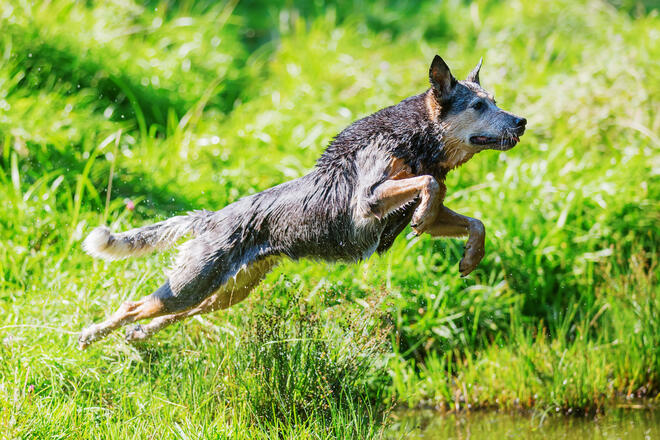 The Australian Cattle Dog was only made to chase and drive cows, and it has a solid body and sufficient physical strength.

While running, listen to the owner’s instructions and quickly change direction in the required direction. At first glance, it may seem like a rush, but it also has the ability to take a course while observing the overall situation, and it is a prominent figure as a cattle dog.

The torso is a little longer, and the legs and neck are thicker for a medium-sized dog. One of the features is a thick and muscular body shape. The ears are standing ears, and the tail is a drooping tail with a fluffy coat, which serves as a steering wheel when changing direction. 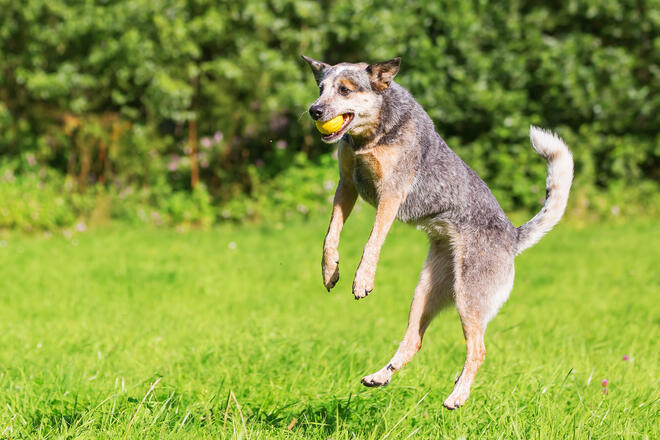 The Australian Cattle Dog has a single coat and features short, straight hair.

The color is often a so-called mottled pattern, and there are large blue spots, small blue spots, and small red spots on blue background close to black. The blue coat color, which has few spots, was touted as the return of the extinct blue healer and was very popular for a while. There is some hair loss, but since it is not long hair, it does not bother you so much.

The average life expectancy of Australian Cattle Dogs is about 10-14 years. Although it is a breed of dog that often spends its time in good health without a relatively large illness, it is also highly likely that hereditary diseases will occur because it is produced by crossing several breeds.

Susceptible diseases include progressive retinal atrophy and hip dysplasia. Both are highly hereditary and can cause difficulty walking or blindness in the worst case.

When welcoming an Australian Cattle Dog, it’s a good idea to do a genetic test or ask a trusted and experienced breeder.

Australian Cattle Dogs have the courage and patience to do the job of driving cows that are many times larger than they are. In addition, it has the ability to act and can stand up to cows without fear. 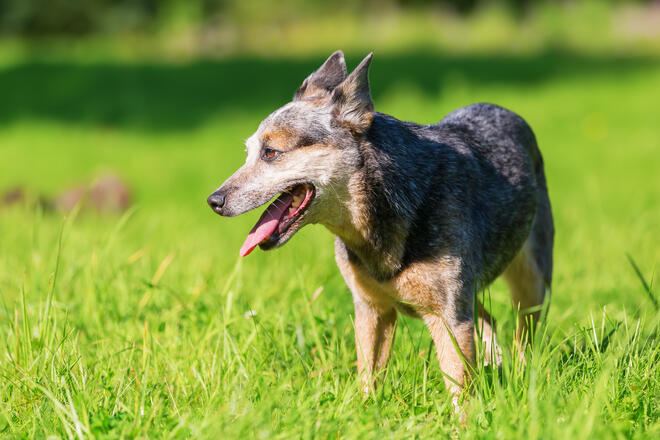 Obedient and loyal to the owner

The Australian Cattle Dog is a very smart breed that is loyal to its owner and can follow its instructions.

It is said to inherit the Dalmatian nature of absolute loyalty to the leader.

A vigilant and aggressive side

Even Australian Cattle Dogs, who are loyal to their owners, are very cautious of strangers and may not even allow them to touch or even approach them.

It also has the strength of self-reliance toward cows with just one cow, so if you do not train properly from an early age, only the cautious and stubborn side will stand out, or aggressive behavior There is also a risk of appearing in.

How to grow an Australian Cattle Dog

Australian Cattle Dogs are both independent and vigilant, so you need to be aware of who your leader is and train them properly before you become an adult dog.

If you do not breed while properly disciplining from an early age, not only stubbornness but also aggressive aspects may emerge.

The Australian Cattle Dog is a breed that is relatively resistant to heat, but it can get sick in the heat and humidity of summer in Japan.

Also, since you are not very good at cold weather, please be careful not to get heatstroke in the summer and take proper measures against the cold in the winter.

The Australian Cattle Dog is an active and highly active breed.

Take a walkabout twice a day, at least one hour each time. It is also necessary to devise ways to increase the amount of exercise, such as putting a short run in the middle of the walk.

The combination of lack of exercise can be stressful, and the buildup of stress can be aggressive. You can relieve stress by regularly running with a dog run or by incorporating play that chases something.

The Australian Cattle Dog is a clever breed, so training itself is not as difficult as it is on the left.

However, if the owner does not always show that he is a leader in a resolute manner, he will soon stop following the instructions.

Also, as a cattle dog’s temperament, you may have a habit of biting your feet. Again, don’t leave it alone because it’s a sweet bite, and teach it properly until you don’t do it at all.

For daily care, brush once a week.

Regular brushing not only removes hair loss and improves breathability to the skin, but also has a massage effect, which helps prevent skin problems.

Australian Cattle Dogs are loyal and wise, but stubborn and alert. If you do not show that the owner is the leader and discipline with a resolute attitude, you may become aggressive. It is also important to exercise firmly so as not to accumulate stress.

If you want to raise an Australian Cattle Dog, you must first clear two points: discipline and exercise.