Among the German shepherds native to Germany, a dog with a beautiful white coat is called a white shepherd. At one point, white shepherds were considered unsuitable for guard dogs and working dogs, and were almost extinct, but now they are a popular breed, especially in Europe. 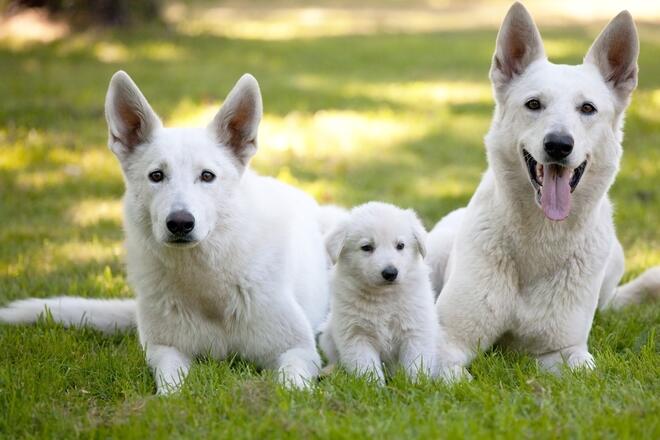 What kind of dog is White Shepherd?

The White Shepherd, which became very popular in the United States, was officially recognized by the American Kennel Club in 1917.

However, when it was judged that it was not suitable as a guard dog or a working dog due to its mild-mannered personality, the movement to eliminate the White Shepherd began. Especially in Germany, the movement is strong, and the white coat itself has been excluded from the breed standard. However, White Shepherd enthusiasts who opposed the move were enthusiastic about their conservation efforts and were able to avoid the danger of extinction.

After that, the mild-mannered personality and wise temperament became popular in Europe and Switzerland, and the White Shepherd Dog Association was established in 2001 in Japan, but even now, White Shepherd is allowed to participate in some exhibitions. It may not have been done.

Introducing features such as the body shape of White Shepherd.

White shepherds belong to large dogs and are often larger than German shepherds.

In addition, although he has a neat face, some individuals feel that their eyes are a little small for their bodies, which in turn brings out their familiar loveliness.

The white and beautiful coat of White Shepherd is characterized by its dense growth in a double coat. There are two types of hair length, long type and medium type.

Also, in Germany today, when mating, the emphasis is on color, and the more pure white the coat, the better. 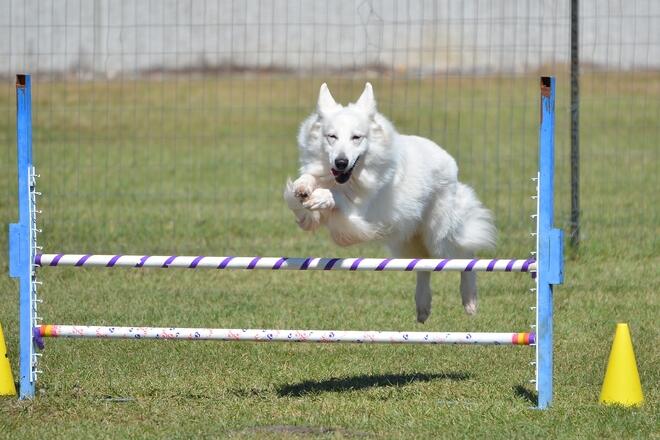 The average lifespan of a White Shepherd is 10-12 years. This is almost the same as the average life expectancy of a general large dog, and some dogs live up to 14 to 15 years depending on the breeding environment, dietary content, and amount of exercise.

Hip dysplasia, which is common in large dogs, is a common illness. Excessive exercise, just because it’s a large dog, increases the chances of it happening.

Exercise is necessary, but instead of strenuous exercise since you were a puppy, build muscle and then do it at the right time and amount.

The White Shepherd is a breed of dog that is very smart, loyal to its owner, and friendly to non-family members.

In Australia and elsewhere, a wise and faithful personality is bought, and it is also active as a working dog and a disaster rescue dog.

White shepherds often have a mild, gentle and unfussy personality, with few of the aggressive parts that German shepherds have.

There are also places where you can easily get along with the first person and show a friendly attitude, so it is ideal as a domestic dog and you can raise it with confidence even in a family with small children.

In addition, dogs can get along well with each other, so it is suitable for breeding multiple dogs.

You can read the air around you with a careful personality

The White Shepherd is considered to be a smart breed with a very fast head rotation.

It is possible to properly protect the discipline of the owner, and in some cases, the feelings are read well from the attitude and facial expressions of the owner, and the behavior is adjusted to the surrounding atmosphere. When the family has a sad expression, they also have a gentle personality that gently and gently snuggles up. 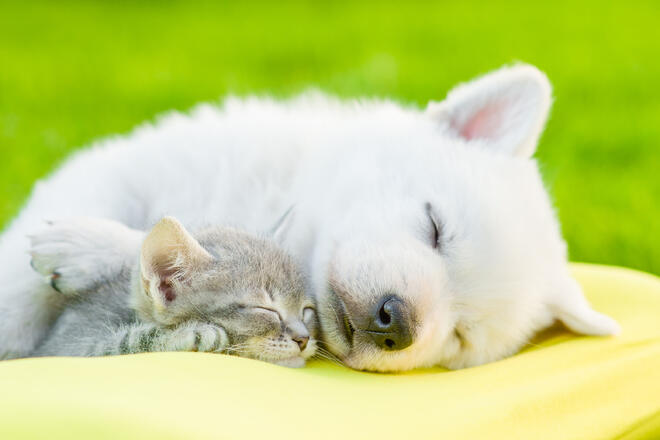 How to grow a white shepherd

Introducing how to grow White Shepherd and precautions for discipline.

The White Shepherd is a clever breed, so it’s easy to train, and there are some places where it’s calm, so it’s a large dog, but it’s suitable for indoor breeding. Also, I’m not very good at heat, so please use air conditioning to adjust the temperature in the summer.

The White Shepherd is quite different from the German Shepherd in character, but you can think of it as being about the same in terms of athletic performance. Therefore, take a walk for about an hour every day, if possible, twice to be careful not to run out of exercise.

It’s not just walking, but sometimes it makes me very happy to run as hard as I can and to play with my head such as treasure hunting.

The White Shepherd inherits the characteristics of a highly trainable German Shepherd, so it can be properly trained. However, if you do not clearly indicate who is the leader and treat them with a dignified attitude, you will not be able to follow the instructions.

Also, if there is any doubt or anxiety about how to give instructions, White Shepherd will be keenly aware of it and will be confused as to whether or not to follow the instructions. However, if you give instructions too loudly, you may become atrophied in character, so please be careful about that point.

The White Shepherd is a double-coated breed, so don’t miss your daily brushing. Also, if you overdo shampoo diligently just because you want to keep its beautiful whiteness, you are more likely to have skin problems.

Dog skin is thinner and more delicate than human skin, so shampoo up to twice a month, and other than that, it’s a tightly squeezed towel, so wipe your skin and hair.

People who want to keep White Shepherd in the future are rarely seen at pet stores, so it is recommended to find a reliable breeder and ask once.