It is a medium-sized Japanese dog in the Kishu region that still retains its original primitive appearance and function. In the Kishu region such as Wakayama and Mie prefectures, he ran around the mountainous areas as a famous dog for wild boar hunting. It was designated as a national natural monument in 1934. Along with this, it is thought that the colored coat colors and patterns such as “red”, “sesame”, and “tiger” found in other Japanese dogs will be unified to “white”, and now Kishu dogs have the image of “white”. Is well established. It is a Kishu dog that is still active and active as a hunting dog. 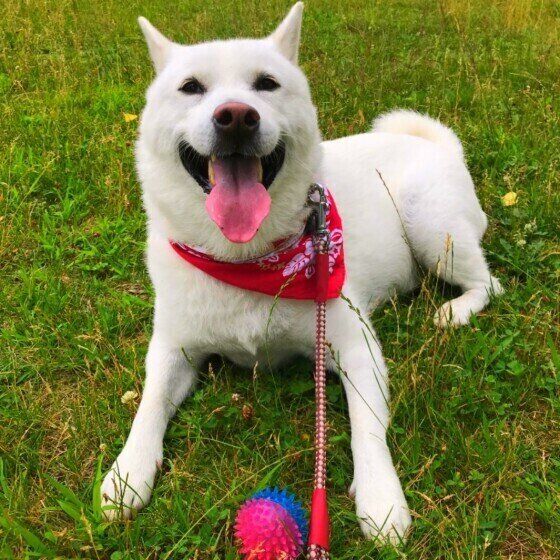 A Kishu dog with a tight appearance and excellent athletic ability. While being very loyal to their owners, they can be intimidating to strangers and dogs, so it’s important to train them well when you have a Kishu dog. Also, since you are active and like to exercise, if you exercise a lot every day, you will be able to live without stress.

Ease of keeping Kishu dogs The larger the value of each item, the easier it is to keep

Intelligent and curious, we have strong loyalty only to a limited number of people, especially their owners. Therefore, they are vigilant and can be aggressive to strangers and dogs.

By making good contact with other people and dogs from the beginning, it is possible to reduce the alertness that has been sharpened as a Japanese dog. Exercise enough to prevent frustration and other personality sensitivities.

The ratio of body height to body length * is 10:11. As a puppy, he has a plump body, but as he grows up, he becomes tighter and smarter. With a well-proportioned and muscular physique, it has excellent agility and running ability. It features slightly raised triangular eyes and a curled tail.

* Body height: The height from the ground to the vicinity of the boundary between the neck and back, which is equivalent to the height of a person.

Although the coat is short, the double coat with a dense undercoat causes more hair loss during the molting period. There are three types of coat colors: white, red, and sesame, but white is the overwhelming majority at present. In the past, Kishu dogs with mottled hair were also seen, but they have disappeared since 1945. 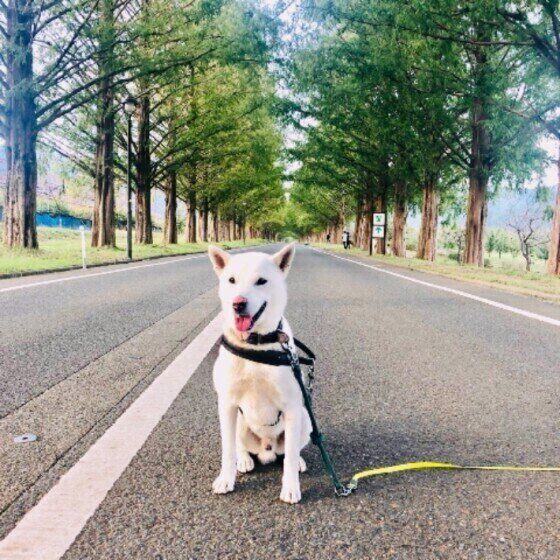 How to keep a kishu dog

Kishu dogs are quite active, so they are suitable for people who can take an hour of exercise a day as well as take a walk every day. It’s even better to have a dog run nearby where you can run around.

In addition, it is also necessary to be able to control so that troubles can be avoided by thorough discipline from the beginning so as not to jump on other people or dogs. It is suitable for experienced breeders who have sufficient control of dogs. 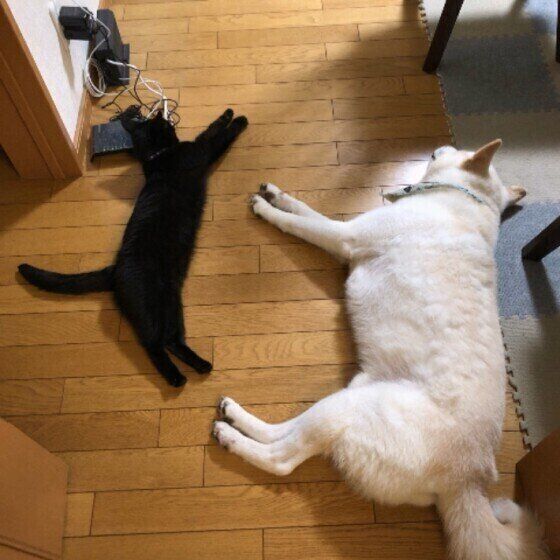 Experience interacting with people since I was a puppy

A Kishu dog that is obedient to its owner but difficult to open to strangers. Therefore, it may react aggressively to others who treat it carelessly in the same way as other dog breeds created as pets.

From the time I was a puppy, I have had many good experiences with people who can interact with dogs well. That experience will be a very important asset for a dog for the rest of his life.

Kishu dogs love to exercise. Take plenty of time to exercise every day to dissipate your energy. By incorporating a lot of fun with your dog in your life, such as pulling with ropes, digging holes, and exploring the fields, you can deepen your bond with your dog.

Protect your joints with a non-slip floor

Being alert, it’s a good idea to choose a less crowded bed. Also, since it is powerful, choose a sturdy gauge for managing dogs. Install partitions, etc. in places where you do not want to enter the breeding environment to prevent invasion and prevent accidents. In addition, it is effective to apply an anti-bite coating agent to electrical cords and furniture that you do not want to be scratched.

As muscle mass decreases with age, it becomes difficult to stabilize the center of gravity on a slippery floor, which puts a strain on joints and the like. When breeding, be sure to choose a non-slip floor.

If you keep your dog outside, avoid an environment where other people may inadvertently touch your dog, and at the same time, take sufficient measures against heat and cold.

Give food according to age and purpose

For your staple food, give a comprehensive nutritional diet that is designed to balance nutrition with only food and water. General diets are not suitable as staple foods because they emphasize bite rather than nutritional balance. Choose the one that says Comprehensive Nutrition on the back of the food package.

Dogs need different amounts of each nutrient depending on their growth and age. Give them age- and purpose-specific foods such as “puppies,” “adult dogs,” “senior dogs,” and “weight management.”

Handmade food gives the owner a sense of security that he/she can understand what he/she is giving, and it is also fun to cook while thinking about his / her dog. However, it is not easy to maintain a nutritional balance, so it is recommended to supplement with supplements if necessary.

Shampoo regularly during the molt period

Light brushing and a tightly wrung towel wipe are sufficient for hair care. However, during the spring and autumn molting seasons, a large amount of undercoat will grow, so brush carefully.

Regular shampoo is also recommended. It is important to be gentle and well accustomed to shampoo from the time you are a puppy, rather than doing it after you become an adult dog.