Especially in the summer, “barley tea” is useful at home all year round. It’s a standard drink for humans, but is it okay to have a dog drink barley tea? Also, what should you be careful about when giving? This time, we would like to introduce you to the very familiar drink “barley tea” and your dog. 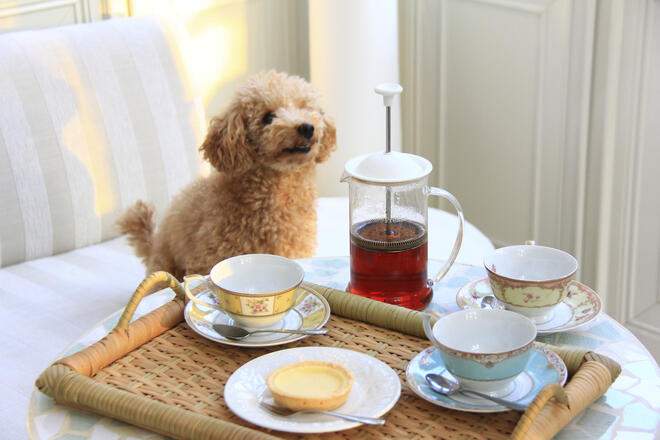 Is it okay for dogs to drink barley tea? What are the nutrients contained in barley tea?

Barley tea does not contain caffeine in tea, so basically it is okay for dogs to drink it. Unlike humans, dogs do not easily excrete caffeine from their bodies, so caffeine can cause poisoning. Most common barley teas are made by crushing barley, so they do not contain caffeine and in most cases can be safely given to your dog.

What are the nutrients in barley tea?

Barley tea is very useful for hydration and cooling. The fragrant scent of barley tea, alkyl pyrazine, also has the effect of promoting blood circulation. This scent is said to have the function of relieving stress and is expected to have a relaxing effect on dogs. 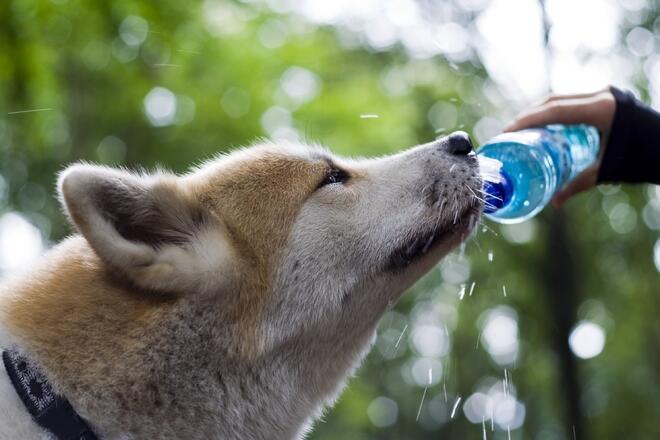 What are the precautions when making a dog drink barley tea?

It’s a barley tea that’s safe for dogs because it doesn’t contain caffeine, but there are some things to keep in mind when feeding it.

Be careful as barley tea is rich in minerals

Some barley teas have minerals added and some do not, but if they are added, they may overdose on the minerals and are not suitable for the dog’s body. Excessive intake of minerals can lead to illnesses such as urinary stones and hematuria. It’s okay to give a small amount but refrain from giving it to dogs who have a history of urethral stones and are constitutionally prone to stones.

Many dogs like barley tea, which has a fragrant smell. However, if you accidentally eat the whole pack when boiling barley tea at home, it may not be digested and may clog the intestines and cause intestinal obstruction. In many cases, there is no problem if only the leaves inside the pack are used, but if you have eaten the pack itself, see a veterinary clinic. Also, be careful not to keep the barley tea pack within easy reach. 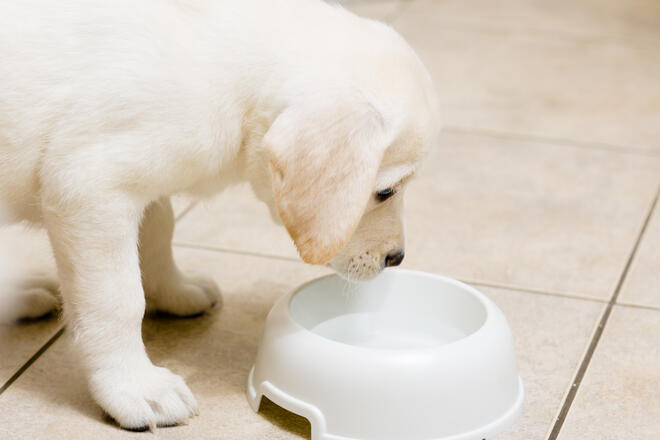 Some barley teas rarely cause allergies. Symptoms include itching and dandruff, diarrhea, and vomiting. If you experience any of these symptoms, stop giving barley tea and see what happens. Also, when giving barley tea for the first time, start with a very small amount and check for allergic reactions.

What is the best way to give your dog barley tea?

I know it’s okay to give barley tea, but if you give it like a human, you may feel sick.

Be careful not to give too much

Barley tea has the effect of cooling the body, and some children like to drink it because of the fragrant aroma of barley tea. Please give an appropriate amount in order not to give too much. Giving too cold barley tea can also make you sick, so it’s a good idea to use barley tea at room temperature.

Dilute it 2-3 times more than the concentration that humans drink before giving it. If you become a flavored drink, you may not drink water regularly. Basically, freshwater is enough, so you don’t have to force it because it’s good for you. Barley tea for dogs is also on sale, so you can use it to give it more peace of mind.

Barley tea is an ideal drink to hydrate your dog

There are a few things to keep in mind when giving barley tea, but it’s a very useful drink for hydration and heatstroke prevention. How about making good use of diluted barley tea to help your dog’s health?