Poodle is a popular dog breed for men and women of all ages because of its fluffy coat and teddy bear-like appearance. Did you know that there are different types of poodles? This time, we will introduce the types of poodles, dog breeds, and differences between dog breeds. 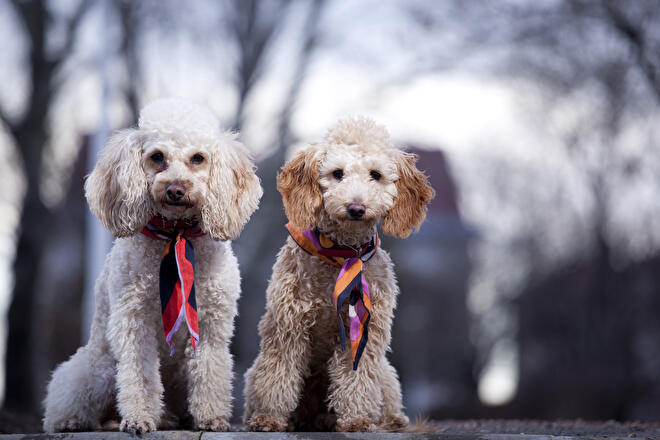 The size of the poodle determines the breed of dog, and there are many types of coats.

In Japan, you often see small body poodles (= toy poodles). However, even if it is called a poodle, the size of the body is various and the color variation of the coat is also abundant. So, first of all, I will explain from what perspective you should look at the types of poodles.

One of the charms of poodles is the color variation of their coat. Typical colors are white, black, brown, etc., but there are also cream, red, silver, gray, etc., all of which are officially recognized by JKC.

There are 4 to 6 poodle breeds in all

There are four types of poodle breeds that are officially recognized by the JKC. As mentioned above, teacup poodles and tiny poodles that weigh only about 2 kg are considered to be a type of toy poodle, and are not recognized as official sizes by JKC. Here, we will introduce all 6 types of poodles, including those not certified by JKC, in descending order.

Standard Poodle is the largest type of poodle. They weigh an average of 20 kg and can weigh more than 25 kg for larger individuals. Speaking of poodles, it’s a small image, but Standard Poodle is also one of the dog breeds with many enthusiastic fans.

Medium Poodle is a poodle with an average weight of about 12 kg. As smart as any other poodle, it’s a breed that even beginners can easily keep.

The Miniature Poodle is a poodle with an average weight of around 6 kg. Made by improving the Standard Poodle, it has high athletic ability and is a popular dog breed with “moderate size” even among poodle lovers.

The toy poodle may be the most familiar and popular breed of dog in Japan. The average weight is about 4 kg. Because it is very smart and has high athletic ability, it is a breed that is often seen in competitions such as agility.

Tiny poodles made in the United States are not yet officially recognized by JKC. The poodle weighs so small that it rarely weighs 3 kg. Since it has a slightly nervous side, it may be good if it is a living environment where you can communicate on a daily basis.

Teacup poodle is also a dog breed not officially recognized by JKC, but it is one of the dog breeds that you often see at pet shops and TV. It weighs about 2 kg and is very small, so you will need to pay close attention to injuries such as broken bones.

Types of poodles | What are the commonalities and differences between dog breeds?

As explained above, there are 6 types of poodles including those not certified by JKC. All of them are called poodles, but can all breeds be raised in the same way? There are some things that each breed has in common, and some things that are different, so I will explain briefly. 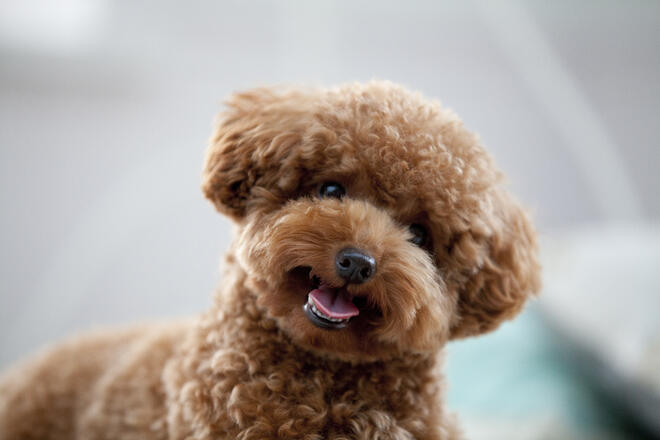 All dog breeds have a strong intellectual curiosity

There are many breeds of poodles, all of which tend to be intelligent. Among the many breeds of dogs, the Border Collie is considered to be the smartest in the top class, and there is a theory that the Toy Poodle has the next highest intelligence. Therefore, when you keep a poodle, it is recommended that you prepare for discipline before you keep it. If you train with the right knowledge, you should grow up to be a smart and calm domestic dog.

Depending on the breed, it may be scary or nervous

Poodles can be scary or have a nervous side, depending on the breed. In particular, small poodles such as toy poodles, tiny poodles, and teacup poodles are often scary. On the other hand, Standard Poodle is often imposing because it is active as a police dog in some countries. 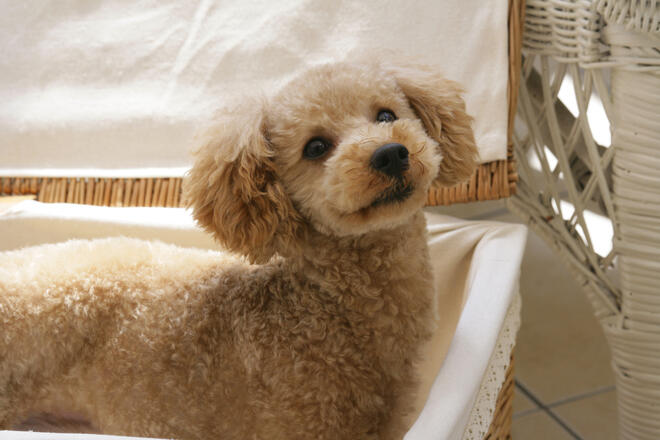 When welcoming a poodle to a family

Poodles have a lot of charm, but if you want to welcome them as a family, should you be aware of that? We recommend that you prepare in advance so that you do not make impulse purchases at pet stores.

Train well as a domestic dog

If you spoil your dog just because it is cute, it may become an untouchable dog depending on the breed. When welcoming a poodle to your family, be sure to prepare for the latest breeding knowledge in reliable books and websites and train yourself as a domestic dog. Also, even if you keep it indoors, be sure to have the minimum breeding supplies such as cages and circles.

Make a place for your dog to rest

Not limited to poodles, it is a good idea to create a place for dogs to rest in cages or circles before welcoming dogs. Sometimes dogs also want to spend their time slowly. It is important to secure a place where you can rest assured in such a case in order to stabilize the dog’s spirit.

Relationship between poodles and people

Poodles are one of the few breeds of dogs that come in a variety of sizes and colors, allowing you to choose the one that the owner likes. The adorable appearance is the most appealing thing, but it’s also important to remember that it’s a curious and clever breed. In addition to getting enough exercise indoors, don’t forget to take a daily walk. The large, high-momentum Standard Poodle is even more so. Choose a breed that suits your lifestyle.