Cuteness can really be said to be the natural talent of small dogs. Thanks to their petite body shape, they will feel so cute no matter what they do, and rolling is definitely a nirvana for selling cuteness. However, this nirvana is not exclusive to small dogs, because this action is very cute, so even large dogs can easily sell cute after learning. 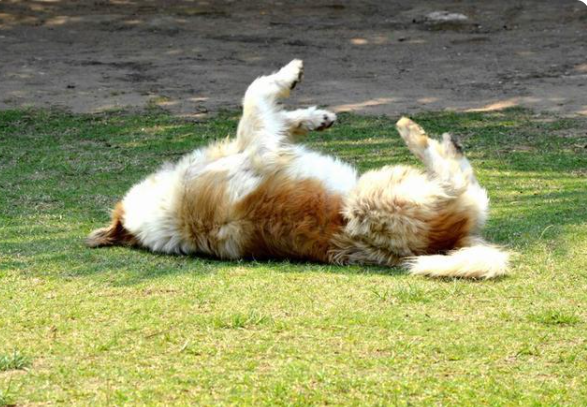 After the dog gets down, we can proceed to the next step of training. The owner can hold the dog’s body or its two front feet and gently help the dog to turn over. Because the stomach is a vulnerable place for dogs, some dogs may resist the actions of their owners. At this time, the owner can gently touch it to calm it down, or you can show it the snacks in your hand before turning it over to let it know that “obedience to command = reward”, which can calm the dog’s emotions, To make training more smoothly. 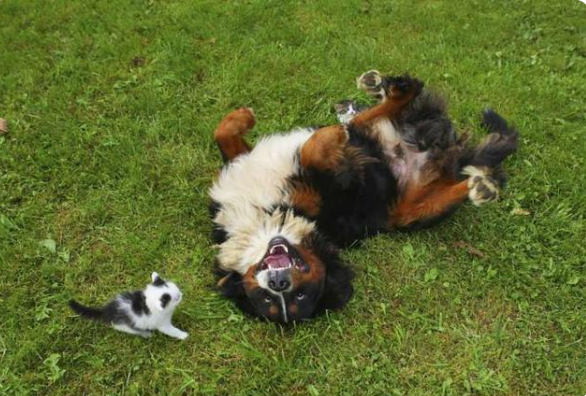 After turning the dog’s body over, we can use a password to keep the dog still. If the dog obeys the command, we can touch it gently and reward it. By turning over→giving a reward, the dog can establish a good association with the matter of turning over. So when the owner turns it over again, the dog will not be so resistant. After turning the dog over again, the owner can reward the dog again. Repeat the training several times afterward to get the dog used to the movement of turning over.

After the dog gets used to being turned over manually by you, we can add the “rolling” password during training. At this time, the training process becomes: first let the dog get down, and then the owner speaks the “rolling” command while helping the dog to turn over with his hands. After turning over, the dog’s belly is facing up, and the owner will give the dog an appropriate reward. Then the owner continued to help the dog to turn over, let the dog’s belly face down, and reward the dog again after completion. 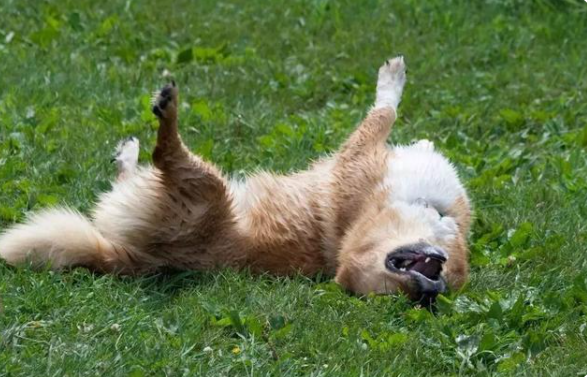 When training, add a password and then repeat the training. Over time, the dog will actively associate the password with the tumbling action. In the subsequent training, the owner can try to reduce the number of steps from using two hands to help it turn over to using one hand. From the need to help it turn over hard to touch it lightly, it will automatically turn over, reducing the assisted movements step by step until the dog Dogs don’t need assistance, they can stand up until they hear the password.

Rolling training actually tests the tacit understanding and trust between the owner and the dog, because it involves touching the dog’s fragile parts. Therefore, the owner should cultivate a sufficient understanding of the dog before training to enhance the dog’s obedience. In this way, the dog will not be so nervous, and the tumbling training will proceed more smoothly.

1 thought on “how to teach a dog to roll over”