In everyday life with your dog, there are many opportunities to casually touch your dog and stroke it. When my dog ​​behaves well or when he is good at it, I think he praises him a lot and at the same time strokes it a lot. However, what I want to be careful about here is how to stroke my dog. Depending on how you stroke it, your dog may feel happy or unpleasant.

This time, for those who think “I want to know how to make a dog happy by stroking it!” I will introduce you. 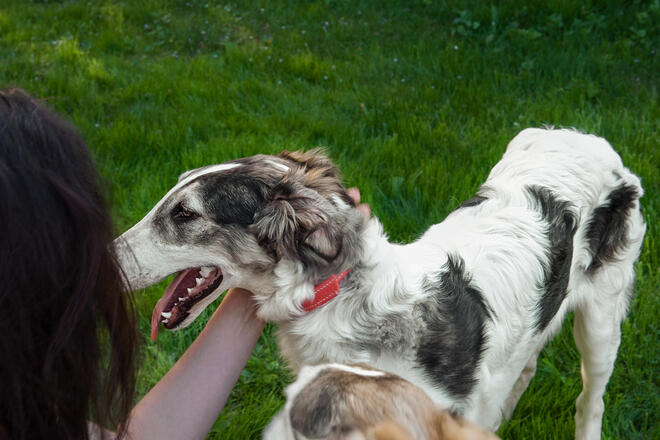 What are the benefits of “stroking a dog”?

By stroking your dog, the dog may sleep comfortably, or on the contrary, you may pretend to dislike it. Here, I will tell you what kind of effect “stroking” has on dogs.

By stroking, you can expect a relaxing effect on your dog. Like humans, dogs can become stiff in their daily lives. In such a case, you can relax by touching and stroking it with the owner or someone you trust, or you can expect a massage effect by rubbing it with moderate force. 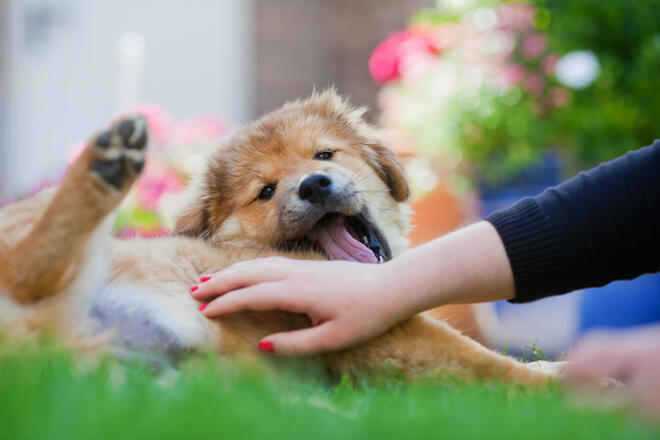 2. Early detection of illness or injury

Creating a habit of touching and stroking the dog’s body will lead to early detection of illness or injury to the dog. Dogs are pain-tolerant animals, so even if they are injured, they can behave in front of their owners, rest in a narrow, dark place, and have a healthy side to get rid of the pain. Even if you look like you are living normally, you may be ill or injured, so in your daily habits, be aware of the condition of your skin and whether there is any pain in your body by stroking the dog. It will be possible to investigate.

Especially for skin diseases, the treatment period can be shortened by treating them early, so it would be nice to be able to observe the condition of the skin when stroking your dog. 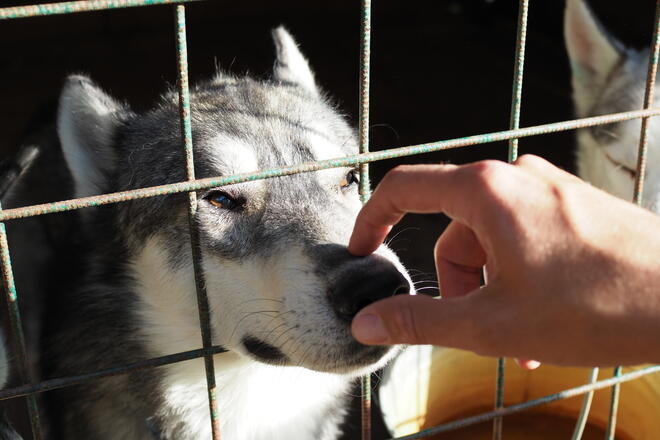 The basics of how to stroke a dog

On the other hand, if you want to raise the tension of your dog, you may pat it violently. By stroking not only in the same direction but also in the front, back, left and right, the dog thinks that the owner may play, so the tension rises considerably. However, depending on the character of the dog, some dogs dislike this stroke, so be careful. Also, since it is not suitable for training etc., please use it when playing with dogs. 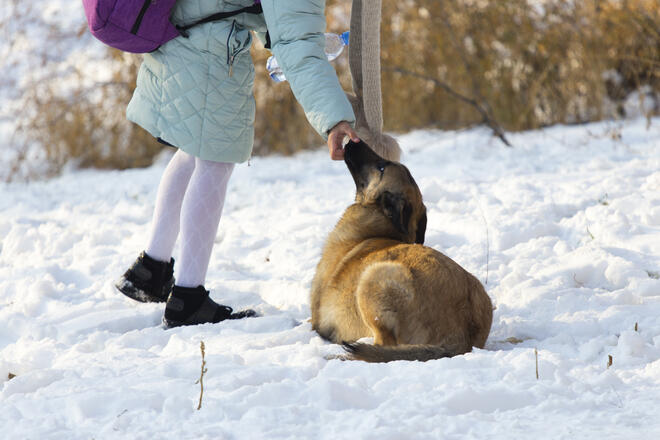 4 parts where the dog feels good to be stroked

Dogs that often look up at their owner’s face are said to have stiff necks. Therefore, when you stroke the neck area, you can often see a feeling of expression.

② Around the base of the ear

Dogs, which have a superior hearing to hear sounds from various directions compared to humans, usually move their ears and distinguish sounds. It will be a part that is easy to get stiff daily, so it is a good idea to gently massage it.

③ Around the base of the hind legs

The base of the foot is hard to reach and the face of the dog itself, and it is unexpectedly impossible to lick or scratch it. It will be a part that is especially heavy and burdensome when you make a call or jump, so I think you will be pleased if you stroke it.

④ Between the eyebrows

It’s a little difficult because you have to put your hands on your face, but many dogs are happy when you stroke your eyebrows. Let’s stroke it softly and gently.

Parts and methods that dogs are not good at stroking

Parts that are not good at being stroked

The tip of the body is very sensitive, and many of them are not good at touching. Also, in the case of timid children, they may be afraid of the gesture of stroking their head. However, it is useful to keep in touch with your dog’s body, such as when performing regular nail clippers or visiting a hospital. It’s a good idea to get used to being touched regularly so that you don’t feel stressed.

What is the way dogs are not good at being stroked?

Dogs basically like to be touched by people, but there are also ways they dislike it. It depends on the dog, but many dogs don’t like being stroked against their coat. In addition, do not try to force yourself to touch parts that you are not good at, such as your toes, mouth, and tail, or stroking your head with all your might. Be aware of “gentle” and “along with the coat” when stroking your dog, especially if you are not used to it.

Manners and precautions for dogs that meet for the first time

You often meet “dogs you meet for the first time” during a walk with your dog or a dog run. Even in the case of human beings, there is a courtesy of the first meeting between a dog and a person, just as it is a little wary if it is abandoned or spoken even though it has just been met. Finally, I would like to introduce the manners and precautions when interacting with “the dogs I met for the first time”.

First of all, greeting the owner

Also, even if you have permission from the owner, you may be more alert depending on the mood and situation of the dog on that day, so if the dog is clearly scared or in a bad mood It is also important to call the dog’s name and be careful not to force it. Even if you can’t get close this time, there should be another good opportunity next time.

Let’s talk to the dog and smell it

When you touch a dog for the first time, start by calling the dog’s name and greeting him. Instead of looking down from above, sit down as close to your dog’s line of sight as possible, then grab your hand and bring the instep closer to the dog’s nose. Some dogs may bite with caution when they reach out. The palm is soft and the dog’s teeth can easily go deep, so make your hand goo and stick out the back of your hand.

Then, instead of forcing them, let the dog come to smell it. In this way, let’s memorize your own voice and smell, and gradually approach the dog while watching the dog.

Let’s touch from the visible part

In the case of a vigilant child, when he meets a person for the first time, he may step on his hind legs or grow a little. When you can confirm that these behaviors have disappeared and the dog has calmed down, it’s time to touch the dog.

First of all, please touch the area around the chin, cheeks, and chest, which are the parts that the dog can visually confirm. A sociable dog can touch your head and belly, but be aware that a vigilant dog may bite you if you try to stroke it suddenly.

Let’s stroke your dog with love!

Here, we have introduced how to stroke your dog, its merits, and points to note when stroking it. Many dogs basically like to be touched by people, and they often go to have them actively stroked by themselves. However, some dogs are wary of people other than their owners, and some dogs are reluctant to be touched, so when you stroke a dog, be gentle and affectionate and watch the dog’s appearance.