Like us humans, dogs can have a stuffy nose. A stuffy nose is a condition in which a large amount of runny nose makes it difficult to breathe.

We will explain the causes of stuffy noses in dogs and how to eliminate them.

How to cure a dog’s stuffy nose! Remedy to resolve

Is there a quick way to get rid of a dog’s stuffy nose?

Now, let me show you how to eliminate a dog’s stuffy nose. 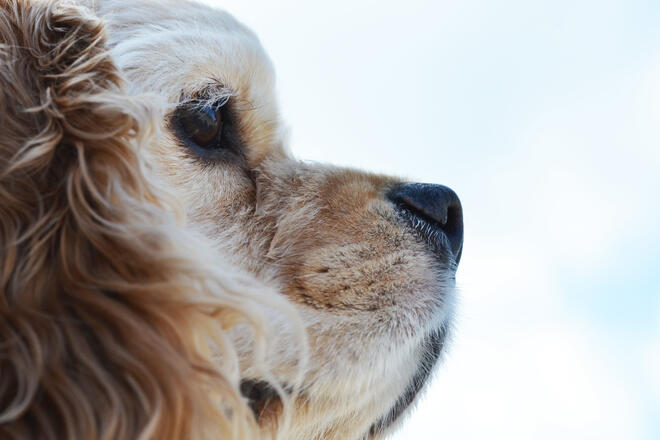 Basically, the method of clearing the stuffy nose of dogs is the same as that of humans.

A stuffy nose is hard to heal when the air is dry.

Therefore, one solution is to use a humidifier and increase the humidity to reduce the symptoms of a stuffy nose.

As a guide, it’s a good idea to keep the humidity above 65%.

This method is often used when a human baby has a stuffy nose, but it is also effective to suck up the runny nose with nasal mucus.

Use commercially available baby nasal mucus to get your dog a runny nose.

However, if your dog hates you too much, you should avoid this method. 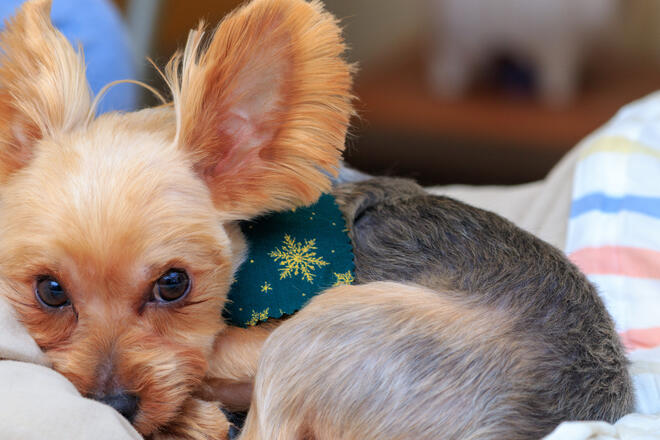 If the cause of your stuffy nose is an illness, treating the illness is the quickest solution.

Therefore, if the dog seems to be painful, we recommend that you take it to a veterinary clinic without making an amateur judgment.

So, are there any tips to resolve a dog’s stuffy nose as soon as possible?

It’s a very easy method, but I’d like to introduce one.

Put a steamed towel on your nose

As mentioned earlier, dryness is a great enemy for dogs with stuffy noses.

Therefore, use steamed towels to avoid drying as much as possible.

You can expect relief from a stuffy nose by covering the dog’s nose with a warm towel that will not cause burns.

Also, you can expect the dog to relax by covering it with a warm towel, so make good use of a steamed towel. 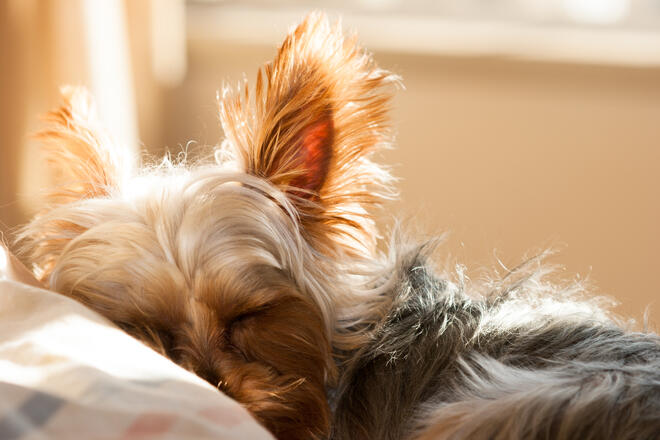 There is a method of stimulating acupuncture points as a method to obtain the effect easily.

The acupuncture points are called “Sankon” and are located between the dog’s eyebrows and nose, so gently massage the area around them.

When it comes to acupuncture points, it seems that there is no effect unless you stimulate them to pinpoint, but since you can massage the entire area from the eyebrows to the mountains, you can easily do it, so try it once when you feel like you are suffering from a stuffy nose You should give it. 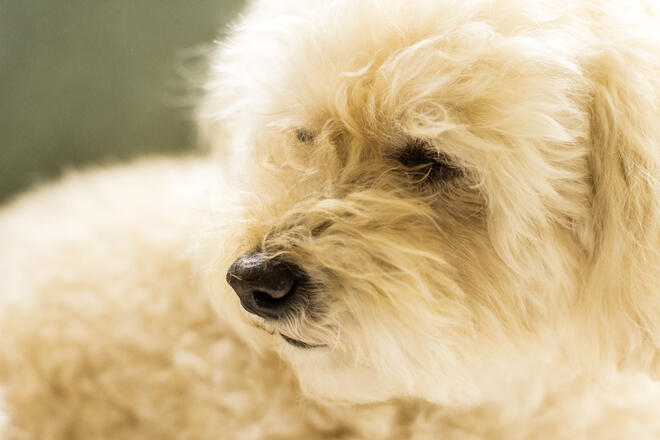 There are various causes of stuffy noses in dogs.

There are illnesses and allergies, but it is also possible that an unexpected foreign substance has entered the nose.

Caused by diseases such as periodontal disease

Periodontal disease may be the cause if your gums are red and swollen, or if your dog has severe tartar and has a stuffy nose.

A stuffy nose may also occur as a symptom of sinusitis.

Another reason is that a tumor has formed in the nose, causing a stuffy nose that makes it difficult to breathe.

In this way, cold-like symptoms such as a stuffy nose can be seen even in the initial symptoms of many illnesses.

If you are worried, we recommend that you see a veterinarian once.

As humans, this is also thought to be caused by house dust, mites, food, etc., causing a stuffy nose as an allergic symptom.

How about cleaning the room, replacing the air regularly, installing an air purifier, etc. to improve the indoor environment?

If your dog is suffering from a stuffy nose, go to the hospital

If you decide that it is just a stuffy nose and leave it alone, you may say that you had an unexpected illness.

A dog’s stuffy nose can be painful for the viewer and at the same time-poor.

If the symptoms do not alleviate after improving the indoor environment, taking them to a veterinary clinic will lead to early detection and treatment of the disease.