Have you ever wondered, “When did you eat this poop?” When your dog excreted on a walk? Here, we will introduce how long the dog’s digestion time is, whether individual differences are depending on the dog, and what the owner should be careful about. 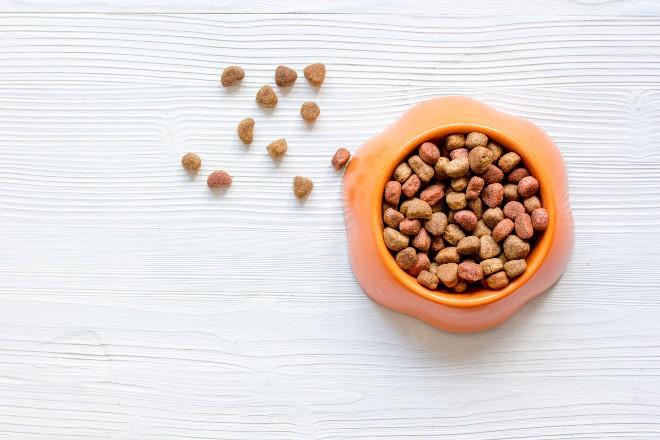 How long does a dog digest?

The digestion time of dogs varies depending on their age and what they eat, but it is said that it takes about 12 to 24 hours from when food enters the mouth to when it is excreted as feces. Generally, it takes 2 hours to digest in the stomach and 1 hour to digest in the small intestine, after which water is slowly absorbed and excreted in the large intestine.

It is said that more than 60% of the energy produced in the dog’s body is used for digestion.

From eating food to leaving the stomach

For dogs, it takes 4-5 seconds for food to pass through the esophagus and into the stomach.

The stomach is primarily responsible for storing food and preparing for digestion. The gastric juice secreted by the stomach gradually makes food muddy and sent to the small intestine.

From entering the small intestine to defecation

After the nutrients are absorbed in the small intestine, the unwanted substances are sent to the large intestine, where the water is absorbed and then excreted from the anus. 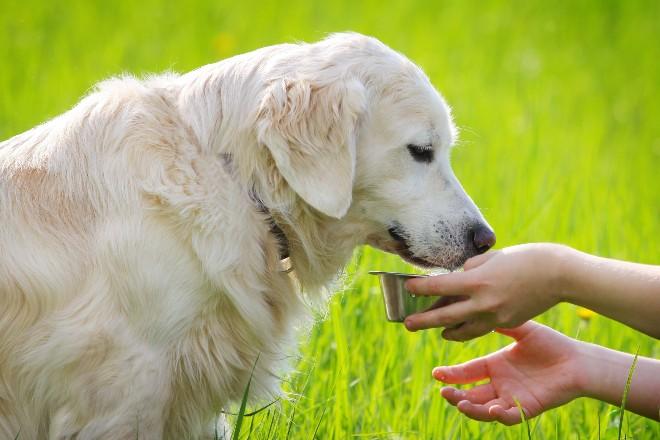 There are individual differences in the digestion time of dogs

For puppies with an underdeveloped digestive system, the food they eat is excreted as feces about 40 minutes to 2 hours after eating. If you are hungry for a long time, you may vomit gastric juice or become hypoglycemic, so eat 3 to 4 times a day as a guide.

Also, if you give a large amount of food at one time, you will have indigestion, so give a fixed daily meal separately.

Digestion time of an old dog

Older dogs have a reduced digestive function and take longer to digest.

If you cannot digest and regurgitate, soak the dog food in hot water to make it easier to digest or increase the number of times you give a meal in small portions to reduce the burden on the digestive organs. Let’s do it.

Dog digestion time | Things the owner should be aware of

Here are some things owners should be aware of regarding dog digestion time.

Refrain from exercising after meals

If you exercise suddenly with food in your stomach, the stomach may swell with a large amount of gas, causing “gastric dilatation / gastric torsion syndrome”.

When gastric dilatation/torsion syndrome develops, the abdomen becomes swollen, causing frequent belching and a large amount of drooling. After that, dyspnea and a decrease in pulse pressure occur, and the condition deteriorates rapidly, causing shock and death. It is a common illness in large, deep-chested dogs, but it can also occur in small dogs.

Refrain from walking or exercising for about 2 hours after eating.

Beware of foods that take a long time to digest

Foods high in dietary fiber can improve bowel movements by giving an appropriate amount, but dogs are not as good at digesting dietary fiber as humans, so if given too much, it may cause loose stools and diarrhea. Let’s watch out.

Because dogs are carnivorous omnivores, vegetables and grains are difficult to digest and can take a long time to digest or cause indigestion, causing symptoms such as diarrhea, loose stools, and vomiting.

Usually, what you eat remains in your stomach for a couple of hours. If your dog eats something that should not be eaten, you will need to have vomiting treatment or endoscopic removal to get vomiting immediately, so go to a veterinary clinic without looking at the situation.

If you go for a walk immediately after eating, you may have gastric dilatation/twisting, and if a puppy with an underdeveloped digestive system is hungry for a long time, you may have troubles such as hypoglycemia.

The digestion time of dogs varies depending on their age and diet. The owner should be knowledgeable and properly manage their health so that their dog can live longer.