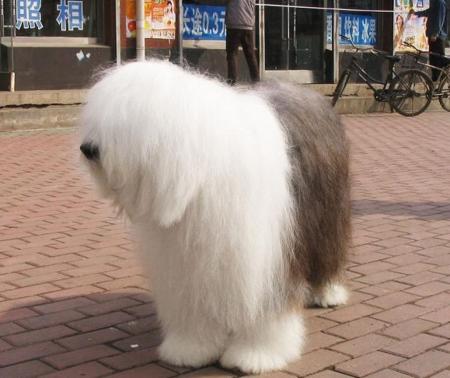 The emotions expressed by the different postures of the dog

Lowered his head disappointedly: I feel a little uncomfortable.

Lie on the belly: You are my boss, you see how weak I am.

The whole body is stiff, the hair on the back is erected, and he roars in a low voice: Recognize! Don’t make me anxious!

Throwing out a threatening roar at the same time as he shrugged his nose and bared his teeth: I have endured it to the limit, don’t be unhappy.

The front body lay down, and the back body is surpassed: let’s play the game!

Rolling in front of you: I listen to you everything.

Understand the emotions expressed by the dog’s tail

Swing left and right: I am very happy.

Rolled under the abdomen: expressing fear.

Loosely drooping: may be sick and lack energy.

The emotions expressed by the dog’s different postures. Pay attention to understand the dog’s “language”

Joy: Keep beating, bend the body, use the front legs to sway the tail and sway vigorously from side to side, and twist the ears to the back. Large dogs may also raise their front legs and lick their owner’s face with a bright “barking” sound.

Pleasant: Slowly wagging the tail, making a slight “whooping” sound in the throat, and sometimes licking the owner’s hands and face non-stop.

Anger: The whole body is stiff, the limbs stretched out, the dog’s hair is upside down, while the lips are rolled up, teeth are exposed, and a threatening “croak” is made. The tail will move slightly, and the ears will stand up towards the other person.

Sadness: making “cuckoo” and “hoho” sounds, with the tail hanging down,

Rubbing the owner’s body in a cry for help.

Alert: When the ears are erected, the mouth will make a cry of “i, Wang Wang”. When the foreign enemy approaches, it will make a continuous cry of “Wang-Wang-Wang Wang 4 Kings -“,

Horror: Different degrees of horror will lower the tail to different degrees. When the tail is completely rolled up between the legs, it shows extreme horror, the ears are also twisted back, in a state of sleep, and the whole body is squeezed into a ball.

Loneliness: The whole body is loose and limp, like a yawn, making an “ahhhhh” sound.