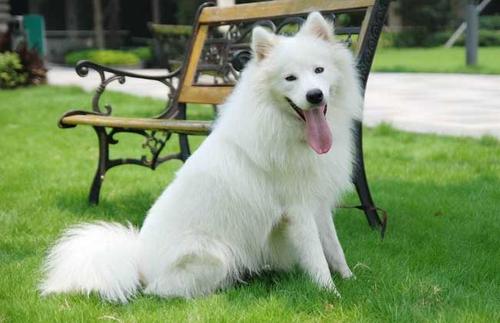 After World War II, dog breeders on the West Coast even added the pedigree of the Japanese Pomeranian to the Eskimo Dog. In the United States in the 19th century, small white Pomeranian dogs were often seen in German immigrant communities. They moved from Europe together with their owners. After arriving in the United States, these dogs were no longer recognized in their home countries. Known as the American Eskimo Dog. 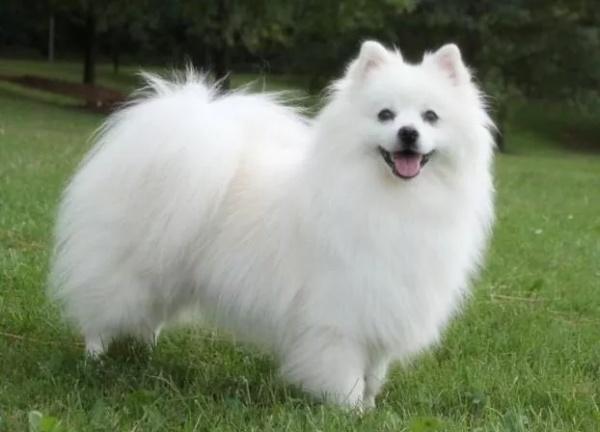 In the early 19th century, American Eskimo Dogs were very popular in circuses that traveled all over the United States. They were used in acrobatics. This kind of dog is very attractive to the public because of its long and thick hair, pure white and shiny, and agile and flexible movements. The trainers of the circus also like them because of this. Husky is naturally smart, docile and obedient, and has unparalleled flexibility. These dogs used for performances in the circus helped to develop the number and range of huskies.

Although the American Pomeranian was renamed the American Eskimo Dog in 1917, the exact reason for the choice of this name is unclear. There is a theory that the name Eskimo Dog easily associates this dog with the large Nordic dogs of different breeds bred by native Americans. The Eskimo Dog seems to be a miniaturization of the Eskimo Dog Sled Dog.

[Overall appearance] The American Eskimo Dog is a cute companion dog. It is strong, agile, alert, and beautiful. It is a small and medium-sized Nordic breed. It is usually white or mixed with brownish-yellow. The American Eskimo Dog has a strong, well-balanced body and a clever and light gait. It has the face of a Nordic dog, with upright ears that are triangular in shape, and characteristic black spots on the lips, nose, and eyes.

The inner layer of its white double coat is short and dense, and the long outer layer has a protective effect. It stands upright without curling. The outer layer of hair on the neck and chest is thick and long, forming a lion-like ring collar. Male dogs are more common than female dogs. The tail and hind limbs down to the hock joints are covered with thick long hair, which is characteristic, with a feather-like fluffy tail standing on the back.

Two-color bristles of white, beige, or off-white, thick neck, long hair on chest and feet. It needs to be combed twice a week. Ears cocked. The eyes are black or brown with white eyelashes. Very strong requires professional obedience training and is not suitable for those who are new to dog owners. Get used to city life, just go for a walk every day. Love to play games and be kind to children and strangers. It is one of the best-recommended species for keeping dogs. 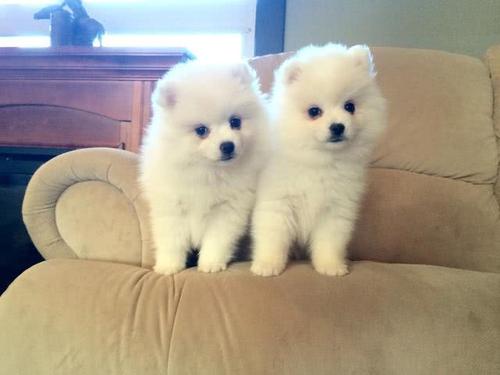 Pay close attention to observe the puppies’ urine and feces to determine whether they are normal.

The frequency of bowel movements generally varies with the age of the dog. A large dog in January has several times a day, and an average of about three times a day when he is two months old. The frequency of stool is related to the type of food: for example, when feeding meat and rice, the amount and frequency of feces are less; when feeding more starchy food, the frequency and amount are more. Pay attention to the color, smell, and presence of worms in puppies’ stools. Normal stools are strips, moderately hard and soft, and are usually slightly yellow. But it is also affected by food. For example, when you eat more meat or feed some liver, your stool will generally turn black.

The frequency of urination also varies with the age of the dog. For large dogs in January, it takes about 2 hours, and for large dogs in February, about 5-6 times a day. The urine is light yellow, clear, and transparent, which is healthy.

The first time you urinate in the morning, the color is slightly darker, but if you find that the urine has been darker, you should suspect whether you are sick, and it is best to go to the animal hospital for an examination.

It is best to go to the veterinary hospital for a physical examination once a month to test the size and urine and get rid of intestinal parasites if necessary. Note: Look for a reputable animal hospital with good facilities.

Puppies are afraid of cold, so whether it is winter or summer, pay attention to keeping them warm.

Do not let the puppies’ abdomen touch the ground for a long time, as this can easily catch a cold and cause diarrhea or a cold.

Whether it is a small dog or a breed dog, it is not advisable to take it for a walk on the road before 5 months. Because the bones of puppies are not fully developed, walking for a long time can cause bone deformation of the limbs; at the same time, they are very vulnerable to diseases outside. You can play and exercise properly indoors or in the courtyard. When the sunlight is not too strong and the outdoor temperature is not too high, the puppies can bask in the sun and sunbathe, which is conducive to bone growth.