Alaskan Malamute is also called the “strongest sled dog” and is a tough breed that can pull a load of about 500 kg with a team of several dogs. When I was a puppy, it was said that it was indistinguishable because the color and facial expression were similar to those of Siberian Husky. The face is a little similar to the Akita dog, which has the same ancestors. This time, I will introduce the charm of Alaskan Malamute, which has been dignified since I was a puppy, with its roots. 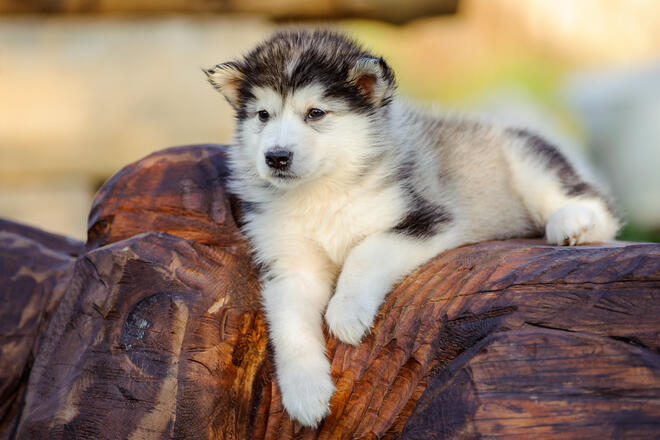 Native to the state of Alaska near the Arctic, Alaskan Malamute has a thick coat that can withstand cold weather. I think that feature is the point that makes the impression of a puppy look even cuter.

Introducing the charm and features of Alaskan Malamute, which has been dignified since he was a puppy.

A crisp look and a young look

Alaskan Malamute, which has the same Spitz ancestry as Japanese dogs, often shows a crisp look from the time it was a puppy, so I think many people feel that it resembles an Akita dog. Alaskan Malamute’s puppies have a dignified look even though they are puppies, and sometimes they have a young and innocent look. 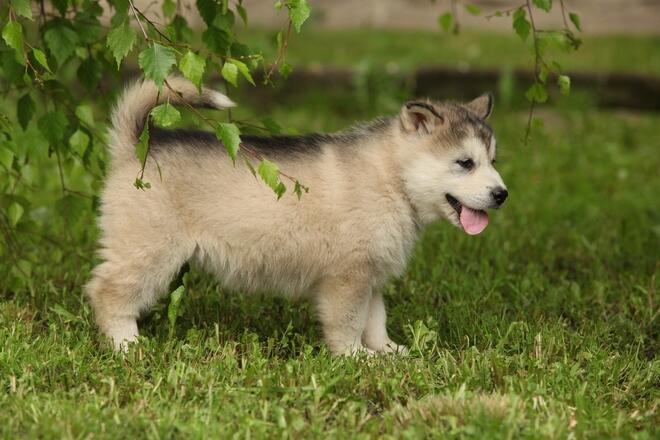 Sociable and easy to miss, but with plenty of confidence

However, when it comes to adult dogs, they become so confident that they try to partition other herds. If you teach the rules firmly from the time you were a puppy, you will be a straightforward and sociable dog forever.

Alaskan Malamute was useful among sled dogs to pull weight rather than speed. Therefore, since he was a puppy, he had a strong body that was resistant to the cold, and he probably ran around in the snow with a small body. 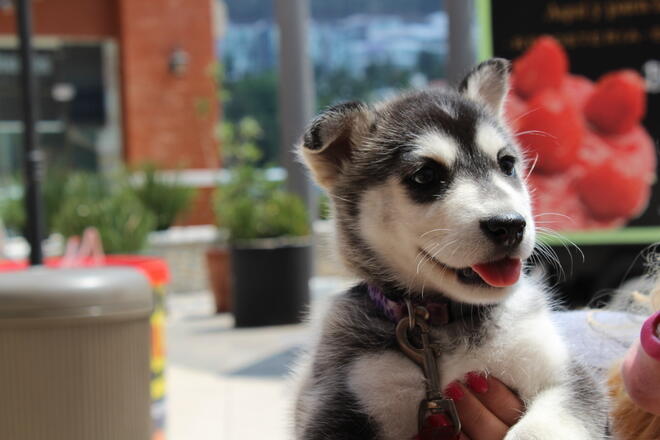 Large dogs like Alaskan Malamute are usually said to become adult dogs in about 18 months. It grows slower than small dogs, so you should refrain from strenuous exercise until you have a solid adult body. Putting a strain on your body during growth can cause joint damage.

Amount and type of rice

Switch dog food for puppies to adult dogs around the age of 18 months. If you switch before that, you may not be able to supplement the nutrients needed for growth. Until about the second half of life, it is recommended to give the amount according to the weight written on the dog food package as a guide, and then adjust the amount while observing the puppy’s body shape and poop condition.

Alaskan Malamute is a large dog, so being overweight can strain your legs and hips. Be careful not to give too much rice as it may cause obesity. 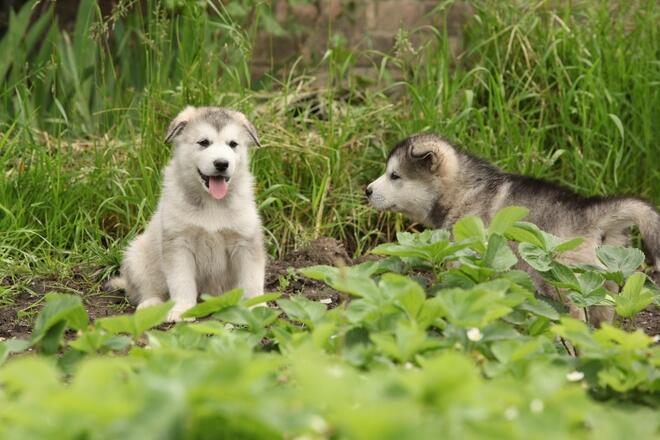 Time to take a walk debut

After the necessary vaccinations (mixed vaccine/rabies vaccination) after birth, it is finally time to take a walk debut. It is not recommended to put it on the ground until the vaccination is over to prevent the transmission of the disease, but if you use a hug or pet cart to show the outside world, your first walk will go smoothly. maybe.

When to make a shampoo debut

Shampoo can be washed by puppies except for one week after vaccination. However, Alaskan Malamute puppies have a lot of hair, so they can catch colds in cold weather, and people who are not accustomed to shampoo may dislike taking a bath when washing. As long as the whole body is not very dirty, it is okay to simply wash only the dirty part.

Alaskan Malamute puppies that are fluffy and stuffed are very cute, aren’t they? It takes more than a year to become an adult dog, so don’t rush and change your diet and exercise slowly. Also, Alaskan Malamute is said to be easy to keep because it is not aggressive to humans, but it is necessary to build a strong relationship from the time of a cute puppy.

If you become an adult dog without building a relationship, the confident side of Alaskan Malamute may lead to behavioral problems.

Please teach me the rules from the time you were a puppy so that you can grow a powerful Alaskan Malamute in a friendly manner.